Mind Over Matter: Despite Paralyzing Illness, Stephen Hawking Explored the Universe and its Darkest Mysteries

Stephen Hawking, the legendary theoretical physicist, died this week in Cambridge, England. It's hard to believe he's gone. His willpower, courage and determination inspired many of us. He will be missed.

"Hawking, whose contributions to theoretical physics are frequently compared to those of Albert Einstein, was the Lucasian Professor of Mathematics at Cambridge University, occupying the same seat once held by Sir Isaac Newton. From that venerated position, he changed the way the universe is viewed by physicists and laymen alike," writes Thomas H. Maugh II in the Los Angeles Times.

There were many good obituaries of Hawking. One of the more interesting ones is by his former colleague Roger Penrose. "The image of Stephen Hawking ... in his motorised wheelchair, with head contorted slightly to one side and hands crossed over to work the controls, caught the public imagination, as a true symbol of the triumph of mind over matter. As with the Delphic oracle of ancient Greece, physical impairment seemed compensated by almost supernatural gifts, which allowed his mind to roam the universe freely, upon occasion enigmatically revealing some of its secrets hidden from ordinary mortal view," writes Penrose. 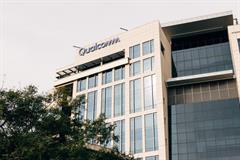 Citing national security concerns, President Trump has blocked Broadcom's attempt to buy Qualcomm for $117 billion. The move came on the heels of the president's decision to put tariffs on steel and aluminum.

"While the United States has long claimed an advantage in tech, it is now facing emboldened rivals in China, where the government has heavily invested in everything from semiconductors to wireless networks to artificial intelligence. Through its recent actions, the White House has revealed its view that the country's national security is tied to its advancement of those technologies," write Cecilia Kang and Alan Rappeport in the New York Times. 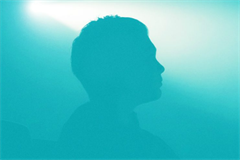 The Case Against Shadow OT

"Systems that are poorly implemented may create headaches down the road or shutdowns on the shop floor. And even if the shadow IT project is well-planned and does what it's supposed to do, when it comes time to scale the system or extend it to other facilities or use cases, it may need to be ripped up because it hasn't been architected to work with other systems," writes Ian Lamont in enterprise.nxt.