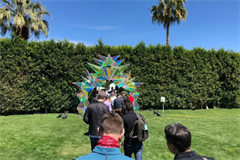 Richest Man in the World Throws a Fabulous Party, But There's a Catch: You Have to be a Genius to Get Invited

Amazon CEO Jeff Bezos knows how to throw a party. At Mars, his recent conference in Palm Springs, California, Bezos hosted a truly remarkable party. Virtually all of the attendees were recognized geniuses in their respective fields, according to a very cool article by Jack Nicas in The New York Times.

"There was one clear rock star: A yellow four-legged robot named SpotMini that strutted back and forth on stage as a sea of smartphone cameras focused in. It was the newest invention from Boston Dynamics, the Defense Department-funded firm that Google recently sold to SoftBank. After the presentation, Mr. Bezos and SpotMini led the crowd to lunch," writes Nicas.

At night, "free booze flowed from makeshift bars and attendees lit up high-end cigars. Mr. Bezos held court around the fire pit Sunday night, tumbler of whiskey in hand. He wore the down Patagonia jacket given to each guest - a style that has become a sort of tech-industry uniform - with jeans and cowboy boots." 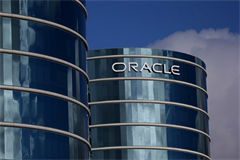 Oracle had reported "a fiscal third-quarter profit that beat expectations but sales that missed slightly amid disappointing growth and a downbeat outlook for its fast-growing cloud business," writes Tomi Kilgore and Emily Bary of MarketWatch. "Stifel Nicolaus analyst Brad Reback cut his rating to hold, after being at buy since at least June 2015, saying the 'lackluster' cloud results and outlook is especially concerning given the strong results posted by its cloud rivals." 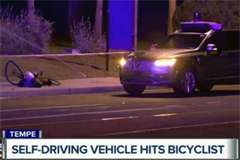 A self-driving Uber killed a pedestrian in Tempe, Arizona, earlier this week, fueling speculation about the future of autonomous vehicles. Elaine Herzberg, 49, "abruptly walked from a center median into a lane of traffic and was struck by a self-driving Uber operating in autonomous mode," writes Carolyn Said in the San Francisco Chronicle.

Herzberg was knocked unconscious by the car and later pronounced dead at a local hospital. The accident appeared unavoidable and Uber is not likely to be held at fault, according to Tempe Police Chief Sylvia Moir.