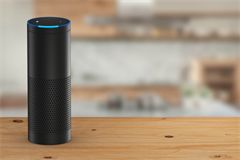 A Painful Week for Amazon Stock

It was an incredibly bad week for Amazon stock, which plunged sharply after a report that President Trump is looking for ways to curtail the online retail giant's growing power.

Frankly, I'm not worried about Amazon's prospects over the long term. But I share a growing concern that Amazon's ability to disrupt markets has a tangible downside. We can all admire Jeff Bezos for his single-minded devotion to delivering superior customer experiences at the lowest possible prices. But capitalism is all about finding a balance, and there's a fine line between disruption and destruction.

Many people believe that Amazon has already crossed that line. Amazon's rapid growth raises legitimate fears that it could easily crush smaller or less agile competitors. Most of us appreciate the value of competition, but we also want the competition to be fair.

There's a difference between winning market share and obliterating your competitors. We all have an inborn sense of fairness, and we're beginning to sense that Amazon isn't playing fairly.

Disruption for its own sake is not a winning strategy. I believe there's still time for Amazon to develop a strategy that is both disruptive and creative.

With great power comes great responsibility. I don't doubt that Amazon will continue disrupting markets. But if Amazon's growth translates into less competition, fewer jobs and reduced opportunities for economic progress, what have we gained? 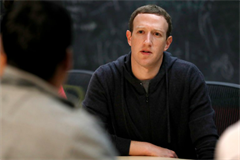 Meanwhile, Facebook is taking steps to reassure the world that it genuinely cares about the privacy and security of its users.

"Facebook said it would roll out a centralized system for its users to control their privacy and security settings in response to an outcry over the way it has handled personal data," write Sheera Frenkel and Natasha Singer in The New York Times. "The system, which will be introduced to Facebook users globally over the coming weeks, will allow people to change their privacy and security settings from one place rather than having to go to roughly 20 separate sections across the social media platform."

Facebook stock also took a hammering this week. I'm beginning to wonder if Facebook's current management team has the right combination of skills and knowledge to handle the situation. I wish them the best, but only time will tell. 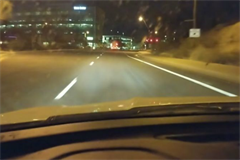 Uber Settles with Family of Pedestrian Killed in Arizona

Uber has reportedly settled out of court with the family of a pedestrian killed by an experimental self-driving car in Tempe, AZ.

"Uber reached the settlement with the daughter and husband of Elaine Herzberg, who died at age 49 after being hit by the Uber vehicle in Tempe, Arizona. The settlement presumably includes a cash payment, but no details were provided by either Uber or the family's attorney," writes Jon Brodkin in Ars Technica.