Looks like Richard Branson will be taking on Elon Musk to see who's got the fastest hyperloop. One of Branson's companies is partnering with a major port operator in Dubai to build a hyperloop for shipping cargo.

"International port operator DP World and Virgin Hyperloop One are collaborating to launch ultra-fast hyperloop for cargo, in what they hope will revolutionize both the speed and cost of commerce," writes Natasha Turak of CNBC.

Envisioned by Musk and others as an alternative to air travel, Hyperloop promises ground-based transportation that's faster than aviation, but costs significantly less. 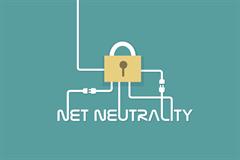 The U.S. Senate voted this week to reinstate net neutrality. But the effort to reverse the FCC's earlier ruling seems doomed to collapse in the House of Representatives, despite wide popular support.

"Polls consistently show public support for net neutrality, with one from before the FCC's repeal vote reporting that more than 80 percent of respondents - including 75 percent of Republicans and 89 percent of Democrats - wanted to see the rules stay on the books," writes Harper Neidig in The Hill.

Senate Democrats used an obscure legislative procedure to force a vote on the issue, but it seems unlikely that a similar tactic would work in the House. 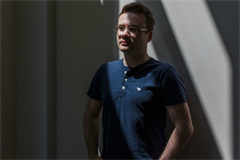 A report by Yuriy Bulygin, Intel's former chief threat researcher, "shows hackers can exploit previously disclosed problems in microprocessors to access a computer's firmware-microcode that's stored permanently inside processors and other chips-to get to its most sensitive information," writes Jordan Robertson in Bloomberg.

"Cloud computing services may be at the greatest risk, Bulygin says, because the glitch could be used to breach protections for keeping companies' data separate on physical servers," according to Robertson's article. 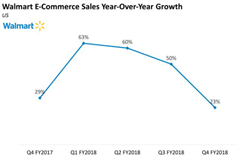 Walmart has officially shut down its Scan & Go program, apparently because very few customers were using it. Scan & Go allowed customers to scan items on a mobile phone app, pay their bill on the app and leave the store without standing in the checkout line.

"Although a recent expansion of the program to 100 stores suggested that Walmart felt the program warranted further testing, the results of the test indicated that Scan & Go was widely unused by customers," writes Gregory Magana in Business Insider. "Scan & Go was one of several attempts by grocers to perfect cashierless checkout. "Kroger pushed its own cashierless checkout program, dubbed "Scan, Bag, and Go," and Meijer worked on its "Shop & Scan" program."

Clearly, the idea of cashierless checkout is evolving. But it's definitely worth keeping an eye on the man ways in which retailers are trying harder to keep pace with their digitally-enabled customers.