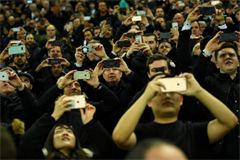 The European Union's General Data Protection Regulation takes effect today, and it still feels as though no one is thoroughly prepared for its broad impact. Despite the general sense of uncertainty, it's clear that Europe has taken the lead on regulating data and technology.

"Europe is determined to cement its role as the world's foremost tech watchdog - and the region is only getting started. Authorities in Brussels and in the European Union's 28 member countries are also setting the bar for stricter enforcement of antitrust laws against tech behemoths and are paving the way for tougher tax policies on the companies," writes Adam Satariano in the New York Times. "The region's proactive stance is a sharp divergence from the United States, which has taken little action over the years in regulating the tech industry."

From my perspective, the U.S. needs to join the game and show the world it's serious about regulating data and digital tech. We can't simply relinquish our responsibilities and stand by idly while others write the new rulebook.

Amazon is partnering with law enforcement agencies on real-time facial recognition systems, according to a published report based on documents obtained by the American Civil Liberties Union.

"The system, known as Rekognition, is an AWS application that customers can use to tie internet-connected video surveillance systems to the cloud platform and identify and track people in an image or video feed," writes Peter Newman in Business Insider. "Rekognition is used by the city of Orlando, Florida, as well as Washington County, Oregon, according to the ACLU." 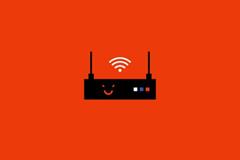 Half a Million Home and Small Business Routers Infected by Malware, According to Cisco Security Unit

Cisco's cyber security division is warning that hackers could use malware-infected routers to spread digital attacks across the world.

"On Wednesday, Cisco's Talos security division warned of a new breed of malware it calls VPNFilter, which it says has infected at least half a million home and small business routers, including those sold by Netgear, TP-Link, Linksys, MicroTik, and QNAP network storage devices," writes Andy Greenberg in Wired. "Talos believes that the versatile code is designed to serve as a multipurpose spy tool, and also creates a network of hijacked routers that serve as unwitting VPNs, potentially hiding the attackers' origin as they carry out other malicious activities."

Based on Cisco's warning, it seems prudent to check the security of your routers ASAP.