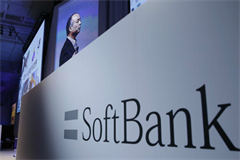 SoftBank, the Japanese tech conglomerate led by Masayoshi Son, plans to invest $2.25 billion in General Motors' autonomous vehicle unit, according to the Associated Press. As we noted in a recent newsletter, Son also leads the $100 billion Vision Fund, which is essentially the world's largest venture capital investment fund.

"The move widens the SoftBank Vision Fund's influence in ride-hailing services," writes Tom Krisher of the AP. "The fund closed a deal in January to spend about $9 billion for a 15 percent stake in Uber and also owns a stake in China's top ride-hailing firm Didi Chuxing."

Clearly, Vision Fund is moving forward swiftly. Autonomous vehicle tech will become a huge part of the global economy in the years ahead, and Vision Fund is already taking steps to become a major player in the market. 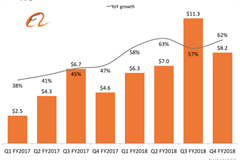 Delivering packages to addresses in rural China can be a nightmare. That's one of the reasons Chinese e-commerce giant Alibaba is investing heavily in logistics.

Alibaba and its main rival, JD.com, are competing intensely to build the best logistics networks in China, which is still a mostly rural nation. For e-commerce companies, such networks are absolutely essential.

"Alibaba is leading a $1.38 billion equity investment in domestic parcel courier ZTO Express alongside Cainiao, Alibaba's own logistics subsidiary," writes Nicholas Shields of Business Insider. "Alibaba is making the investment as part of its 'New Retail' initiative, an effort to blend online and in-store shopping. This initiative includes omnichannel fulfillment services and in-store pickup options, which the companies could work together to help better provide." 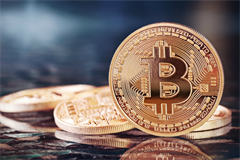 The debate over the future of cryptocurrency rages on, but some traders have already made up their minds and left comfortable jobs on Wall Street to focus on alternative forms of currency like Bitcoin, Ethereum, Tether, Ripple, Stellar, EOS, TRON and Litecoin

"While the Wall Street establishment debates whether cryptocurrencies will become a profit center or a legal liability, some employees have gotten wealthy enough from personal investments in digital assets to turn their backs on promising jobs at top firms. A small but growing group of finance professionals has built up a big enough financial cushion to eschew the safety net of a monthly salary," writes Alastair Marsh in Bloomberg.

This will definitely be an interesting trend to watch. Cryptocurrency, which began as an exotic fad, is rapidly becoming part of our mainstream economy. 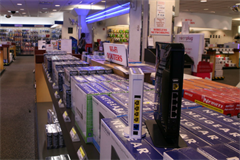 The Federal Bureau of Investigation wants you to restart your router. As we noted last week, malware linked to Russia has been spreading on infected routers. Most of the infected routers are in homes or small businesses.

The fix is relatively easy, says the FBI: Turn off your router and then restart it. That should be enough to disable the malware, at least temporarily. You should also change the router's password, the FBI advises.

"An analysis by Talos, the threat intelligence division for the tech giant Cisco, estimated that at least 500,000 routers in at least 54 countries had been infected by the malware, which the F.B.I. and cybersecurity researchers are calling VPNFilter. Among the affected networking equipment it found during its research were devices from manufacturers including Linksys, MikroTik, Netgear and TP-Link," writes Louis Lucero II in the New York Times.