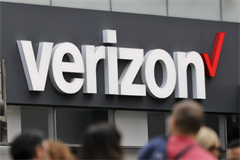 AT&T, Sprint and Verizon will no longer sell real-time location data to third-party brokers, according to published reports.

Although most of the data is used for relatively innocuous services such as roadside assistance and tracking packages, location data can also be used for nefarious purposes such as improper surveillance and blackmail.

"Location data from Verizon and other carriers makes it possible to identify the whereabouts of nearly any phone in the U.S. within seconds," writes Frank Bajak of the Associated Press.

One of the problems with the third-party sales was lack of oversight. In other words, it was hard to tell with certainty how the data was being used.

"Because Verizon had little oversight into two California-based data brokers - LocationSmart and Zumigo - more than 75 companies had access to real-time user location data, and Verizon had little to no control over how those companies used that data," writes Nick Statt in The Verge. 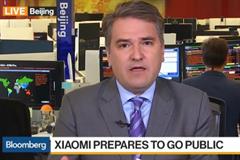 Beijing-based smartphone maker Xiaomi Corp. had been hoping to sell half its shares in a planned IPO in Shanghai and the other half in Hong Kong. But the plan fizzled, to the disappointment of many in China who had been counting on the IPO to raise the profile of the Shanghai stock market.

"Xiaomi Corp.'s decision to postpone the China half of its stock debut is a setback to the nation's plan to compete with Hong Kong and New York for the world's biggest initial public offerings," writes Benjamin Robertson in Bloomberg. "Chinese regulators said this week that the company would go public in Hong Kong ahead of any other listing, despite Xiaomi saying on June 14 that it would sell at least half the shares in its planned IPO to investors in Shanghai."

One setback isn't likely to sidetrack China's ambition to compete with established stock exchanges in Hong Kong and elsewhere for tech-related IPOs. Eventually, the Shanghai market will pick up speed and gain traction. It's only a matter of time. 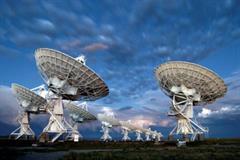 NASA Looks at Smaller Satellites to Probe the Cosmos

NASA has asked scientists to work on developing smaller satellites to gather information from the far reaches of space. The so-called smallsats could be used for a variety of purposes, such as testing new systems for larger space telescopes.

"Scientists, for instance, could use smallsats to do time-domain astronomy: watching for bursts and flares and flashes and pulses and all the other kinds of light-waves that appear and then vanish," writes Sarah Scoles in Wired. "They can test experimental new circuitry and sensors and software. And if they fail-oh well, there goes a few million. But if they work, engineers can bring them aboard fancier missions, faster, and perhaps disrupt some of our current understanding of the cosmos."