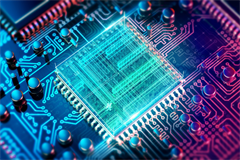 As the dawn of quantum computing draws nearer, it's fair to ask whether transformational technology leaders should begin studying how quantum computers work.

From my perspective, the short answer is yes - even if the CEO and executive board is unlikely to start quizzing you on the topic of quantum computing anytime soon.

There's a simple reason you should care about quantum computing: It's going to completely transform the IT universe. When quantum computers become operational, they will surpass traditional computing systems almost immediately.

"In a paper posted online at the end of May, computer scientists Ran Raz and Avishay Tal provide strong evidence that quantum computers possess a computing capacity beyond anything classical computers could ever achieve," Kevin Hartnett writes in Quanta magazine.

In business, quantum computing would translate into a broad array of competitive advantages, including faster design, testing and deployment of new products and services. Quantum computing is expected to revolutionize scientific research, leading to rapid advances in medicine, manufacturing, logistics, marketing and financial services. Anything you can do with a traditional computer you'll be able to do dramatically faster with a quantum computer.

But that's just where the advantages begin. With quantum computing, you'll be able to tackle a wider range of complex challenges, such as forecasting, predictive maintenance, automation, robotics and AI development.

We'll find discover new medical therapies faster and invent materials that are lighter, stronger and more flexible than anything we have today. With quantum computing, we're likely to live longer and more productive lives.

I believe quantum computing will become a driving force for change and innovation. It will profoundly transform our lives and the lives of our descendants. I predict the mid-21st century will be remembered as the time when quantum computing began reshaping the world.

As a transformational executive, you are expected to lead, reimagine and reinvent. Quantum computing will become a standard component of the IT portfolio. Now is the time to begin learning more. For a quick overview of quantum computing, click here.