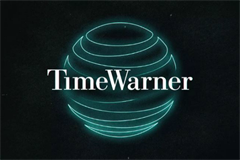 The U.S. Justice Department is taking steps to halt the merger of tech giant AT&T with media conglomerate Time Warner, following a court ruling that would have cleared a path for the deal. It seems unlikely the Justice Department will prevail, despite the unprecedented scale and scope of the merger.

"The merger, which combined AT&T's pay-TV business with content like HBO and Warner Bros., also provided a regulatory green light for similar deals: the next day, seeing the ruling in favor of the companies, Comcast announced a play for 21st Century Fox," writes Colin Lecher in The Verge.

From my perspective, the merger will open a new era of extraordinarily tight integration between telecoms and content providers, creating multiple synergies for the larger players and making it more difficult for smaller companies to compete in regional markets.

A 10-Point Guide to the U.S. China Tariff War

The back-and-forth battling between the U.S. and China over trade can be hard to follow, so the Information Technology & Innovation Foundation has assembled a handy 10-point guide to the latest developments in the ongoing tariff war.

The tariffs have "drawn widespread criticism, sparking a debate in which partisans have made all sorts of claims and counter-claims. This briefing sets the record straight on 10 important points of fact," write Robert D. Atkinson and Stephen Ezell.

Despite the political bluster on both sides, the battling over tariffs does have an impact on the economies of the U.S. and China. The 10-point guide is concise, useful and definitely worth reading.

Many of us in the tech industry spend a lot of time traveling, so I found this article especially interesting and helpful.

"With airline seats getting smaller and highways more crowded, it's a good thing there are plenty of high-tech, budget-friendly solutions to our travel woes. While there is no gadget that will make your seat wider or lessen traffic, there are some that will help you sleep better and stay relaxed on your next trip," writes Alan Henry in the New York Times.

This article will help you choose which items are most likely to be useful on business trips, such as a USB battery pack, a streaming video stick and a white noise generator for dealing with noisy hotel rooms. In addition to high-tech gear, the article suggests investing in compression socks, which can reduce the risk of circulatory problems on long flights.

What do you pack when you travel? We'd like to hear your suggestions.