Eye on Greenwich: Cultivating a Culture of Diversity and Inclusion to Foster Innovation and Accelerate Business Performance 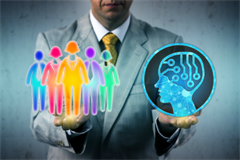 Executives often talk about how diversity of leadership and organizational teams can result in greater innovation. While there's logic behind the notion that diverse teams across gender, race, ethnic background, religion, education and other characteristics will generate an abundance of different perspectives and ideas that can help fuel innovation, there's also research to back this argument.

A recent study conducted by North Carolina State's Poole College of Management evaluated diversity policy data on the 3,000 largest publicly-held companies in the U.S., along with patent data and new product announcement data from 2001 to 2014. The findings revealed that "a company that checks all of the diversity boxes" saw roughly two new additional product announcements over a ten-year period.

"Given that most firms produce an average of two new product announcements per year, that's significant," said Richard Warr, co-author of a paper on the study and head of the Department of Business Management at the school.

To dive into this topic a bit further, including the CIO's role in cultivating a culture of diversity and inclusion, HMG Strategy recently spoke with three executives who will be participating in a panel discussion on the subject at our upcoming 2018 Greenwich CIO Executive Leadership Summit taking place on October 11 at the Crowne Plaza Stamford Hotel. They are Zackarie Lemelle, President/CEO, New Hope Coaching & Consulting; Beverly Lieberman, President, Halbrecht Lieberman Associates; and Lynn McMahon, Managing Director & North America Media & Entertainment Lead, Accenture.

HMG Strategy: Why is it critical for executives to foster a culture of diversity and inclusion to help strengthen innovation?

Zackarie Lemelle: It's been proven time and time again that diversity is absolutely critical to innovation. You cannot innovate with people of a like mind. Different ideas can be coalesced to drive innovation. We all come with different ideas and different perspectives.

To quote psychologist Kenneth Kaye, "If we manage conflict constructively, we harness its energy for creativity and development."

Beverly Lieberman: If you look at the workforce here in America, there's been an influx of software and electrical engineering talent that comes from overseas. U.S. homegrowns are no longer dominating the tech workforce.

For years, we liked to hire in our own image and that got us through the 20th century pretty well. But changes in demographics in the workforce and an influx of non-Americans has fostered a need to embrace diversity.

Managing a multi-cultural workforce takes skill. Companies like Johnson & Johnson have done a lot of diversity training with their leaders to bring out the best in people that don't necessarily come from the same culture. They need diverse leadership to reflect the diversity of their customers.

Lynn McMahon: I once heard Merck CEO Kenneth Frazier speak at an event. He was asked about the business case for diversity and his response was "I've never heard the case against diversity."

At Accenture, we see our clients and our business undergoing a lot of disruption, as we move from a product world to a digital and services world. In order to make that transition, culture is important and culture is fed by innovation.

Diversity is a key part of this. We believe it's very important for people to bring their best selves to work and diversity is a critical part of fostering this. Diversity and innovative thinking don't occur overnight. You have to create opportunities for people who think differently. We've continued to take actions that enable us to attract, retain and grow people - both within our company and with our clients. "

To do that, you need to have transparency about diversity initiatives. Diversity has historically been set behind the curtain to some extent. For instance, we've made a commitment to bring ourselves to a gender 50/50 workforce by 2025 on a global basis. In some markets, we're already there.

How can a culture of diversity and inclusion can help to attract talent?

BL: It's certainly easier for me when I'm recruiting to be able to say that 20% of the leadership team is Indian or female and would welcome you as a member of the leadership team. It's not just a White Protestant culture here. Demonstrating that a company's culture is inclusive helps to make people feel comfortable.

Twenty-five years ago, women brought onto a senior leadership team were often the only women on those teams. Most didn't want to be ground breakers. It was imperfect and it still is at many companies.

If you've got a little bit of diversity and are trying to attract diverse talent, you're likely going to stand out among your competitors. It just makes good business sense.

LM: What I have seen, especially with the Millennial generation, is that they're not just looking for a job and a paycheck but a place where they can contribute. The goals and ethics of a company matter a lot to people.

The things that we do both inside and outside of our organizations help to market our diversity initiatives. I'm the executive sponsor for interfaith initiatives at Accenture. As a company, we're actively involved in Women in Tech NY, which is aimed at getting more women and female minorities into computer science disciplines.

Then you began to see diversity over time.

If you want to bring me into the fold, then you have to make me feel like I have a place where I am valued, where I matter. If I don't see anyone who looks like me, then I will question whether and where I fit in.

What should be the CIO's role in addressing diversity?

LM: It's important to have flexibility in the not-one-size-fits-all approach. Women who go out on maternity leave should have different options for re-entering the workforce.

As we've attempted to try to get more women into STEM, they tend to think of technology professionals as guys wearing hoodies working in a basement. What we're trying to describe to them is the ability to help work on world problems that women care about.

CIOs who are visibly active on diversity issues is hugely important. Also, it's important to demonstrate they are building a succession plan, a recruitment plan and a training plan that encourages a diverse workforce.

ZL: When I was a CIO, I always wanted to tap into the greatness of all of my people regardless of who they were, what their backgrounds were or where they were located. This is where the best ideas and energy come from.

When you're excited about something and engaged, you automatically go the extra mile and tackle that extra detail. Because you feel that you matter.

Without high engagement, you don't get innovation.

BL: The CIO is in a position where she or he plays a role in bringing in talent. A lot of the rank and file are programmers, analysts, data scientists, architects, network engineers, etc. Thirty to forty percent of those candidates come from diverse backgrounds.

It's one thing to attract diverse candidates, it's another thing to retain them. The CIO should partner with HR and bring best practices into the IT organization for sensitizing managers on what needs to be done to work with people from diverse backgrounds as well as communications and training.

CIOs should also help advance the message that we will do better as an organization if we treat diverse candidates with dignity.

To learn more about top-tier thought leaders such as Zackarie Lemelle, Beverly Lieberman and Lynn McMahon who will be speaking at the 2018 Greenwich CIO Executive Leadership Summit and to register for the event, click here.