In the near future, your Amazon packages may be delivered by six-wheeled robots. The Amazon robots won’t resemble the robots you see in science-fiction movies, but they will represent the latest advances in transportation technology. Surprisingly, Amazon is playing catch-up in the competition to blend robots into the logistics chain.

“Amazon is very late to this ground-based delivery robot game, which is crowded with many players that already have years of real-world experience,” write Matt Simon and Arielle Pardes of Wired. “Starship, for instance, launched in 2014 and had banked 62,000 miles of driving by October 2017. Marble, a San Francisco startup, was delivering falafel for Yelp Eat24 when we profiled them in the spring of 2017. And Kiwi robots have been busy delivering food around the UC Berkeley campus—and, occasionally, catching on fire.”

Despite the early-stage problems and challenges, I predict this will become a hot market, with multiple impacts on related industries and a host of unintended consequences, both good and bad. 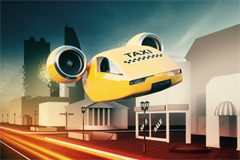 Boeing’s electric air taxi took its first flight this week, fueling speculation over the future of personal aviation. If Boeing and other companies have their way, many of us will be traveling around in flying cars fairly soon.

“There is an unbelievable amount of hype around the idea of personal air transport, or flying cars, or whatever you want to call them. Every company thinks it has the design of the future, whether it's the gnarly Bell Nexus concept from CES 2019 or the Audi and Airbus concept that is part plane and part car,” writes Andrew Krok of CNET. “There's also Uber, which is hosting conferences about the future of personal flight in an attempt to get flying cars off the ground. It's the Wild West right now, which means ideas are running amok.”

It would be easy to poke fun at the Boeing prototype, but that would be a mistake. I predict that we are entering an era of transportation disruption and it will be amazing to see what happens. 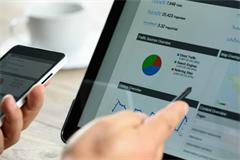 Google, the world’s most popular search engine, faces intense competition from a Russian company called Yandex. While it might seem farfetched, Yandex has emerged as a serious competitor, capturing 55 percent of the Russian market.

“Like Google, Yandex is so much more than a search engine. It offers email, cloud, and online payment services, streaming music, news aggregatio, and live traffic maps,” writes Katie Brigham of CNBC. “Yandex.Taxi merged with Uber last year, and it is testing self-driving cars.”

Although Yandex is the top choice among Russians, Google is a close second. And Google still leads Yandex in mobile search, although Yandex is fighting back hard. It remains to be seen who will win this battle, but it will be interesting to watch as it unfolds.