At the Junction of Tech and Culture, Apple Takes on the Role of World’s Privacy Watchdog 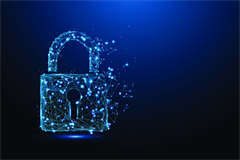 Technology drives the world’s economy. That is a simple fact of modern life. But technology is also driving vast changes in culture, all over the world. Inevitably, the lines between technology and culture are blurring.

Here’s a case in point: Last week, Apple revoked and the restored enterprise developer certificates for both Facebook and Google. According to Apple, both tech titans had violated Apple policies designed to protect data privacy.

The missteps were quickly corrected, and by the end of the week, the developer certificates had been reissued, apparently ending the dispute.

But a much larger question remains unresolved. Are we comfortable with the idea of Apple serving as the world’s privacy watchdog? Personally, I applaud Apple’s efforts to keep my data safe and secure. But I wonder if delegating the role of watchdog to Apple is really the optimal way for protecting our data privacy.

As leaders in the technology community, I believe we need to become more involved in the debate over who is -- and who isn’t – responsible for data privacy.

People who say there is no such thing as privacy any more are missing the point. In a world in which data is the new oil, personal data has real economic value. When organizations misappropriate or misuse our personal data, trust erodes and the fabric of society becomes weaker.

Eventually, governments will catch up with technology and create better rules for governing the collection, analysis and sharing of personal data. Until then, we’re living on the edge of a new frontier. I’m glad that Apple has taken some of the responsibility for safeguarding our data, but it would be unwise to delegate the job to Apple on a permanent basis. We need a long-term solution to the challenge of data privacy. As tech leaders, we need to raise our voices and join the debate. Data privacy is our collective responsibility, and we cannot delegate it to a single company or organization.