When Talking to the C-Suite and Board About AI, It’s Essential to Separate Fact from Fiction 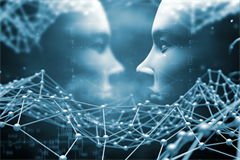 For weeks, I’ve been hearing people tell me that AI will soon replace most of the jobs in IT. While there is a grain of truth in these prognostications, for the most part they are misleading and generally untrue.

As a senior technology leader, you will undoubtedly be asked if it’s true that AI will soon eliminate the need for human workers in IT. Most experts seriously doubt that AI will lead to wholesale job losses in the near future. So why are people suddenly talking about 90 percent reductions in the IT workforce?

The claims made in recent weeks that AI would displace many IT workers is based on the mistaken belief that robotic process automation (RPA) is the same as AI, which it is not.

While it’s conceivably true that RPA might eventually replace large numbers of technology workers, it’s more likely that AI will create new jobs faster than they can be filled.

As its name suggests, RPA is about automating processes. AI, on the other hand, is about sifting through data for insights. RPA is based on preconfigured rules that enable software robots to execute fairly straightforward and predefined processes. Modern AI is based on machine learning, a technique that essentially enables computers to teach themselves how to think. That’s a significant difference.

Here’s a great quote from the CFB Bots blog: “For simplicity, you can think of RPA as a software robot that mimics human actions, whereas AI is concerned with the simulation of human intelligence by machines.”

AI is almost the opposite of RPA. Instead of following a rote plan, AI generates value by discovering invisible patterns in huge mountains of data. That’s why AI will probably create more jobs than it eliminates.

In other words, AI creates value and RPA saves money.  Both are good, but they’re definitely not the same.  In fact, they are two ends of a spectrum. RPA takes the human drudgery out of work, while AI discovers new kinds of work for human beings to perform.

I’ll be writing more about RPA and AI in future newsletters. For now, I hope you find this post helpful the next time someone from the C-suite or the board asks you whether it’s true that AI will eliminate all the IT jobs.