We set a new record for attendance at our 2019 CIO Summit of America in New York City this week, drawing an engaged and energetic audience of more than 350 technology executives from all over the world to our premiere conference of world-class thought leaders, global experts and visionary innovators.

“The 2019 CIO Summit of America was an exceptionally high value conference,” says Hunter Muller, President and CEO of HMG Strategy.  “We are extremely proud of the amazing content and genuinely useful knowledge that was created and shared at our event. We have truly set a new standard for professional conferences and I’m delighted by the positive feedback we received from our audience.”

Key topics at the invitation-only conference included Innovating the Future of Work, the CIO Mandate, Preparing Yourself to be Boardroom-Ready, New Technologies: Gaining an Inside Track on the Competition, Accelerating Your Career Ascent:  Crafting Your Personal Brand as a Talent Magnet, Enabling Innovation in the Secure Enterprise, Adapting to the Accelerating Pace of Change, Top VCs on Startup Leadership, Turn Your Frontline Workers Into Cloud Workers, and Driving the Digital Roadmap to a Customer-Centric Enterprise.

“We are unquestionably the trusted provider of essential knowledge, networking opportunities and career ascent for 21st century technology leaders and executives who are committed to lead, innovate, disrupt and invent,” says Muller. “We’ve raised the bar. We’re honored and gratified by the awesome support of our unmatched and unparalleled global network of professional peers and colleagues.” 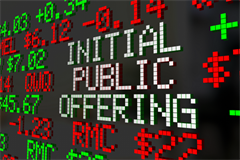 Zoom Files for IPO and Is Already Profitable

Here’s an item we didn’t want to miss: Zoom, the innovative video-conferencing company, has filed for its IPO. Zoom is both popular and profitable, which bodes well for its future as a tech industry leader.

Zoom will trade on the Nasdaq under the symbol ZM and is initially looking to raise as much as $100 million, though that number will likely change, according to a report on CNBC. “Zoom has gained popularity by creating an easy-to-use service that works smoothly on mobile devices and is affordable for small groups and teams, which has created a wide and diversified customer base. 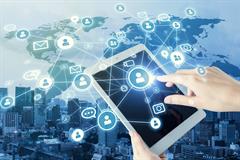 After meetings with civil rights leaders and academics, Facebook has taken steps to ban hate groups from using the global social network to spread their messages.

“Facebook is banning white nationalism and white supremacy from its social network following criticism that it had not done enough to eliminate hate speech on its platform,” write of David Ingram and Ben Collins NBC News. “The social media giant said in a blog post Wednesday that conversations with academics and civil rights groups convinced the company to expand its policies around hate groups. 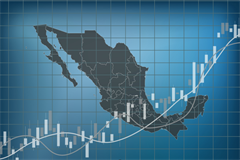 SoftBank is broadening its reach across the Americas, creating a group that will focus on investments in Latin America.

“Global technology company SoftBank Group Corp. has launched the SoftBank Innovation Fund, the technology fund focused exclusively on the Latin American market,” according to Finsmes. “The company has also created the SoftBank Latin America Local Hub, a new operating group that will partner with SoftBank portfolio companies helping them enter Latin America, navigate the local markets and broaden their geographic reach in the region.”