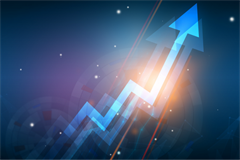 It was a good week for Apple shareholders. The company’s stock spiked after a better-than-expected earnings report. Clearly the equities market still loves Apple, even when its year-over-year numbers are weak.

From my perspective, Apple’s surge is another data point in my long-term view that tech is driving multiple levels of economic growth in markets across the world.

“Apple’s total sales were down 5% from the same period last year, although it doesn’t seem to matter to investors as the stock is up,” writes Kif Leswing of CNBC. “Apple’s guidance for next quarter was higher than analysts expected, and it said it planned to spend $75 billion buying back its own shares.” 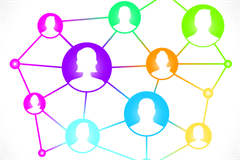 Facebook CEO Mark Zuckerberg unveiled a series of changes in the social network’s design this week, part of the company’s larger strategy to pivot toward personal and private communications. The redesign places new emphasis on Facebook’s Groups feature, which is considered a path to a new and potentially more valuable business model.

“The company has been pushing more aggressively into groups for the past two years as people shy away from posting things publicly and look for more intimate ways to connect with friends and family,” write Kurt Wagner and Selina Wang of Bloomberg Technology. “Fast-growing meme and community groups have been a recent bright spot for Facebook amid a series of privacy scandals, and the company is also shifting its focus to deal with its own projections that people are spending less time on its namesake site.” 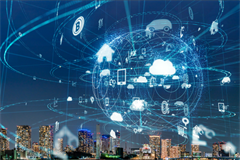 Microsoft is doubling down on the Internet of Things, placing a major bet on its ability to provide key pieces of IoT infrastructure with the acquisition of a leading player in the space.

“I am incredibly excited to share we have acquired Express Logic, a leader in real time operating systems (RTOS) for IoT and edge devices powered by microcontroller units (MCUs). Express Logic’s ThreadX RTOS has over 6.2 billion deployments, making it one of the most deployed RTOS in the world per VDC Research,” writes Sam George, Director of Azure IoT.

I foresee Microsoft continuing along this path, quietly building up the capabilities it needs to be a “one-stop shopping” destination for IoT technologies. 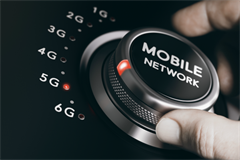 We’re all looking forward to the arrival of 5G and the benefits it will bring to so many aspects of our lives, from healthcare to fleets of self-driving cars. Meanwhile, a team of researchers in Germany are looking over the horizon and scoping out the impact of 6G on mobile technology.

The team predicts that in the next wave of tech innovation, “artificial intelligence will be the main driver of mobile technology and that 6G will be the enabling force behind an entirely new generation of applications for machine intelligence,” according to an article in MIT Technology Review.

I find the idea of AI-powered mobile tech exciting, especially when you consider its potential for enabling an entirely new and incredibly valuable round of invention and innovation.