Three of China’s largest tech firms are apparently boosting their spending on new technology in an effort to overcome sluggish sales and spark new growth.

Tencent, Baidu and JD.com “are expected to report that they ramped up or broadly maintained their pace of quarterly spending to develop new technology and push into relatively new markets, as current growth drivers stall,” according to Reuters.

The added emphasis on spending clearly shows that China is willing to trade short-term results in its ongoing quest for long-term success in global technology markets. The Reuters article is definitely worth reading, since China’s overall strategy will undoubtedly have an impact on all of us in the tech industry. 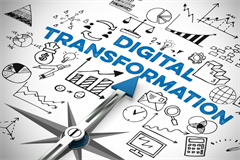 Corporate technology officers have a lot on their minds, and digital transformation is still a top priority, according to a new survey by the Korn Ferry Institute.

“When asked about their top strategic priority, 41% of technology officers reported digital transformation. Not surprisingly, they also reported digital transformation as the area of their function most in need of a talent transformation (20%). In addition, when it comes to where technology officers spend their time, more than one-third (34%) said driving strategy, followed by nearly one-quarter (22%) reporting digital agenda,” according to a Korn Ferry Institute post.

Succession planning is another top concern, with 71 percent of respondents indicating they did not have “an internal ready-now successor for their role. In addition, 41% of technology officers do not feel they have a comprehensive succession plan.”

For those of us old enough to remember the days when Microsoft instinctively rejected the idea of open-source operating systems, the announcement that MS will ship a full Linux kernel in Windows 10 might seem like a strange dream.

It just shows you how the world has changed. Under the truly visionary leadership of CEO Satya Nadella, Microsoft is proving that it’s not afraid to play in the open-source universe.

“Microsoft’s integration of Linux in Windows 10 will interface with a userspace installed via the Windows Store. It’s a big shift for Microsoft, and marks the first time that the Linux kernel will be included as part of Windows. It sounds like this Linux kernel integration will be available later this year, with a Windows 10 update that’s codenamed 19H2,” writes Tom Warren of The Verge.