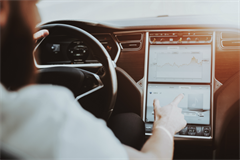 It doesn’t seem likely that Tesla will be rescued anytime soon by Apple, Amazon or another tech giant.

“In an invitation-only call with institutional clients of Morgan Stanley on Wednesday, research analyst Adam Jonas — a long-time Tesla bull — expressed skepticism about the electric vehicle maker and said not to count on a buyer like Apple to bail the company out," writes Lora Kolodny of CNBC.

The Morgan Stanley analyst’s comments follow reports that an analyst at another firm had suggested the possibility that Apple had expressed interest in bidding for Tesla.

Tesla shares have been falling in value, fueling rumors of a major shake-up. “The sharp drop in the company’s equity value began last week after an e-mail surfaced in which CEO Elon Musk directed employees to cut spending and promised to personally review expenses,” writes Thomas Franck of CNBC. 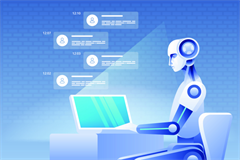 Google AI Bot Will Make Reservations for You

Google has a new AI bot that will make restaurant reservations for you. The new service, called Google Duplex, relies heavily on human intervention, yet it represents another important step forward in the rollout of customer-facing AI tech.

“Google Duplex, a free service that uses artificial intelligence to call restaurants and — mimicking a human voice — speak on our behalf to book a table. The feature, which had a limited release about a year ago, recently became available to a larger number of Android devices and iPhones,” according to an article by Brian X. Chen and Cade Metz in the New York Times.

Duplex might not seem like a great leap forward for technology, but it definitely brings us incrementally closer to an age in which AI-based services are ubiquitous and universally available. 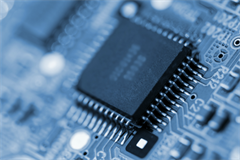 Huawei suffered another blow this week as the trade war between the U.S. and China intensified.

“Chip designer ARM has suspended business with Huawei, threatening the Chinese company’s ability to create its own chips,” writes Tom Warren of The Verge. “BBC News reports that ARM employees have been instructed to halt ‘all active contracts, support entitlements, and any pending engagements’ with Huawei due to the U.S. trade ban. The U.S. has banned any US companies from doing business with the Chinese telecom giant without permission from the American government, but ARM is based in the UK and owned by the Japanese SoftBank group.” 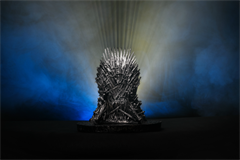 Audiences in China Miss ‘Game of Thrones’ Finale; Was Trade War to Blame for ‘Transmission’ Issues?

The final season of the hit HBO series “Game of Thrones” has been controversial, and fans in China were doubly disappointed this week when they could not watch the show’s climactic episode.

“Tencent Video, the streaming platform that controls the rights of HBO's series in China, didn't broadcast the show's conclusion,” writes AJ Dellinger of Engadget. “Instead, the service displayed a message that the show wasn't available due to "transmission medium problems," though HBO believes it is fallout from the recent trade dispute between the US and China.”