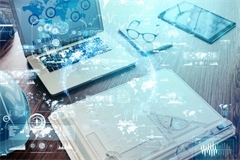 Bill Gates and Uber's Travis Kalanick and Dara Khosrowshahi have invested in Luminous, a startup AI chipmaker. From my perspective, their interest highlights the incredibly strong potential of AI to shift the course of industry and commerce.

Make no mistake: AI’s extremely rapid move from the laboratory to the real world caught most people by surprise. I’m glad to see established industry leaders such as Gates, Kalanick and Khosrowshahi funding the next phase of AI, which will focus on the development of specialized hardware.

“The investment shows key figures in the technology industry believe there is still an opportunity for a new standard to emerge when it comes to hardware for AI, which can be incorporated into a variety of software applications,” writes Jordan Novet of CNBC. “Several startups have been working on next-generation hardware in recent years as AI has become trendy. Intel bought one, called Nervana, in 2016. Early Nervana investor Ali Partovi of Neo is investing in Luminous, which is based in Palo Alto, California.” 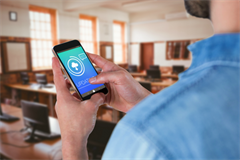 Both Apple and Google are upgrading their smart phone operating systems, adding new features and capabilities. I recommend staying ahead of the upgrades so you aren’t caught by surprise.

“Apple’s iOS 13, the next version of the iPhone operating system, which was unveiled this week, includes new features like a so-called dark mode to make the screen easier on your eyes. And Google’s Android Q, unveiled last month, introduces new gestures for controlling Android phones and some enhancements to safeguard user privacy,” writes Brian X. Chen in the New York Times.

Brian’s article offers a good overview of the expected changes to the Apple and Google smart phone operating systems. 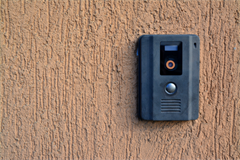 Police departments in small towns across the U.S. are apparently offering free or discounted Amazon smart doorbells to some homeowners in hopes the doorbells will generate video footage that can help fight crime, according to a CNET article.

“If you're walking in Bloomfield, New Jersey, there's a good chance you're being recorded. But it's not a corporate office or warehouse security camera capturing the footage -- it's likely a Ring doorbell made by Amazon,” writes Alfred Ng of CNET. “While residential neighborhoods aren't usually lined with security cameras, the smart doorbell's popularity has essentially created private surveillance networks powered by Amazon and promoted by police departments.”

As the article notes, “Bloomfield's police department did not receive any free cameras from Ring, but the camera was already popular in the town of roughly 50,000 people.”