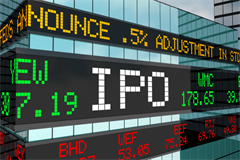 Shares of CrowdStrike, a cloud-based cybersecurity company, are skyrocketing after a successful IPO this week. HMG Strategy was an early advocate for CrowdStrike’s truly unique approach for resolving enterprise security challenges.

“CrowdStrike, trading on the Nasdaq under ticker symbol “CRWD,” joins a rapidly growing 2019 IPO class, which already includes Uber, Lyft and Pinterest. In the business software market, CrowdStrike follows the debuts of Zoom and PagerDuty and comes just a head of Slack’s direct listing,” writes Lauren Feiner of CNBC. “With the first-day surge, CrowdStrike CEO George Kurtz is a billionaire, and the company’s early backers are notching huge returns. Warburg Pincus owns a stake worth over $3 billion. Accel’s stake is valued at over $2 billion, and Alphabet’s CapitalG controls shares worth over $1 billion.”

I congratulate and applaud the CrowdStrike team and wish them the very best. They are a genuinely innovative firm and I predict continuing success for them. 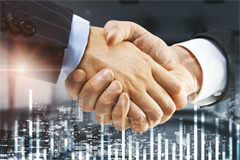 United Technologies and Raytheon, two giants of the defense industry, are planning a “merger of equals” in what is likely to be one of the largest corporate mergers of 2019.

“The two companies … have agreed to combine in an all-stock deal,” write Anneken Tappe and Jill Disis of CNN Business. “The new company would have annual revenue of about $74 billion. Together, UTC and Raytheon are worth about $166 billion in market value now. UTC makes up the lion's share of that.”

The merger would create innovative synergies, enabling faster development and deployment of new products and services, according to industry analysts.

“Raytheon Technologies Corporation, as the combination would be called, will be a leading innovator in aircraft propulsion, commercial and military avionics, digital communications, sensors tailored to diverse warfighting domains and cybersecurity solutions,” writes Loren Thompson in Forbes.

I recommend reading Thompson’s column, which traces the roots of these two highly innovative companies, both of which blend old-school industrial know-how with next-generation software development capabilities. 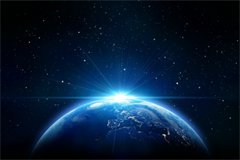 In addition to delivering packages to your doorstep, Amazon may expand its range to include the rest of the solar system. Jeff Bezos, the company’s founder and CEO, is becoming more vocal about his vision for the near future, and he’s also sharing the spotlight on some of the firm’s top executives.

“Although Bezos has long been the undisputed public face and voice of the company, analysts and a new CNBC report suggest that Amazon executives are moving out of the shadows as the founder is focusing more on other endeavors,” writes Ephrat Livni in Quartz.

“When engineers train AI agents to play video games, they often do so at an accelerated rate, having the bot go through hours of human-speed gameplay in a matter of minutes to stress-test its capabilities. Unfortunately, no such shortcut exists when developing AI that controls machines in the real world. You can’t fast-forward reality,” writes James Vincent in The Verge. “Well, you can if you simulate it, which is what Amazon is doing to test its new Scout delivery robot … the company has created detailed virtual maps of American suburbia to accelerate development of the bot. It’s collected 3D data, real-life textures, and modeled the sidewalk down to the storm drains.” 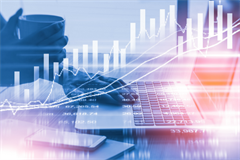 Here is an interesting item from Think with Google, a newsletter for digital marketers. Essentially, Comcast was trying to explain the value of its new Xfinity Mobile service and hit on the idea of using short videos to demonstrate the actual dollar cost of streaming data.

This is precisely the kind of brilliant marketing that appeals to tech-savvy audiences and gets the message across quite effectively. If you are a technology executive, I recommend watching the short videos and using them as models for demonstrating the value of IT projects when you are speaking to the board or to your colleagues in the C-suite.