Slack Goes Public: Is This the End of Email as We Know It? 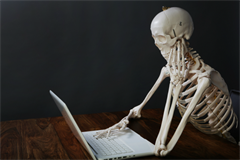 Email is called the first “killer app” due to its incredibly disruptive force on traditional mail. Now, the CEO of Slack is predicting the disruption of email itself within a decade.

As most of you know, Slack began trading on the New York Stock Exchange last week, and its share price has been steadily heading upward. The story of Slack’s rise is frequently used as an example of a successful pivot, since Slack was not originally intended to become a widely used collaboration platform.

In its early days, Slack was an internal collaboration tool for game developers at a company named Tiny Speck. The game, called Glitch, failed to catch on. But the collaboration tool survived and gained traction rapidly in the software developer community. From there, it gradually spread and evolved into the Slack collaboration platform.

Slack currently has 95,000 paying customers, so I’m not sure it’s large enough to qualify as a killer app – at least not yet. Slack CEO Stewart Butterfield predicts that Slack users will shift away from email within five to seven years. Eventually, he suggests, “everyone” will follow their lead, even if traditional email remains popular for most people.

Slack also broke with tradition by skipping an IPO and opting for a direct listing on the NYSE. From my perspective, this choice is another demonstration of the company’s willingness to blaze its own trail.

“Slack’s listing is different from the slew of tech IPOs this year, including Uber, Lyft, Pinterest and Chewy,” writes Jessica Bursztynsky of CNBC. “Like music streaming service Spotify, Slack decided to pursue a so-called direct listing, rather than a traditional initial public offering. Direct listings allow a company to go public without involving underwriters — those intermediaries who buy shares from the company or insiders and then sell them to the public. Instead, the shares simply begin trading on an exchange.”

I predict that Slack will continue to grow and will soon emerge as a “go to” business communications tool for millions of users in organizations across the world. It’s up to future historians to decide whether Slack is remembered as a killer app, or as a highly useful communications tool for extended teams in the modern enterprise.