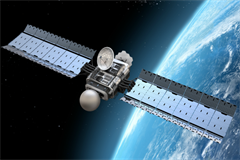 We all know about Amazon’s plans for using aerial drones to deliver packages. Now the company is aiming even higher.

Amazon is seeking permission to launch 3,236 broadband satellites into orbit around the earth in an effort to bring broadband to millions of people in various parts of the world. In its filing to the Federal Communications Commission, Amazon says that “3.8 billion people around the world still don’t have reliable access to broadband internet,” writes George Dvorsky of Gizmodo. Additionally, 21.3 million Americans don’t have access to fixed broadband, Amazon says.

“The satellites will fly at 98 orbital planes, at altitudes between 366 to 391 miles (590 to 630 kilometers). They will de-orbit after 10 years to mitigate the risk of space debris, Geekwire reports. Amazon says it can start offering broadband satellite services once the first 578 satellites are in position,” according to MIT Technology Review.

It’s more expensive to move to a Mac. Starter prices have gone up, thanks to the disappearance of two less expensive notebook models.

Apple has never been known for competitive pricing, so it’s not surprising that the company is upping the ante for entry-level equipment. The $999 MacBook Air will still be available through Apple’s Education Institution store, according to C-NET. 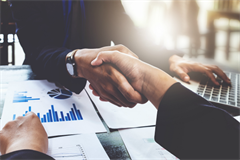 IBM has formally closed its $34 billion acquisition of Red Hat. The purchase, initially announced in October 2018, will shore up IBM’s ability to compete in enterprise cloud markets.

“Since 2013, IBM’s cloud revenue as a percentage of total revenue has grown six-fold to 25 percent. In the 12 months through the first quarter of 2019, cloud revenue exceeded $19 billion,” Shepardson writes. “Red Hat is expected to contribute approximately two points of compound annual revenue growth over a five-year period," IBM said.