Virtual Money: Crypto Debate Heats Up in Wake of Facebook’s Plan for Libra 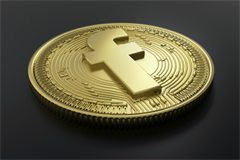 Whether you love or hate the idea of cryptocurrency, you cannot escape the debate over its growing role in the economy.

Cryptocurrency is essentially virtual money that relies on advanced forms of cryptography to keep it secure. Many supporters of cryptocurrency also see it as a viable alternative to the currencies that are issued and controlled by the world’s various governments, including the U.S. government.

From my perspective, the main problem with cryptocurrency is lack of transparency. As its name suggests, cryptocurrency is surrounded by a veil of secrecy, such as the relationship between exchanges, token issuers and websites that cover market caps and exchange volumes. That’s precisely why many people love it. Cryptocurrency is based on distributed ledger technology, which makes it relatively easy to hide and extremely difficult to trace.

“Trump is not the only one who has criticized Facebook's plan to introduce Libra. Federal Reserve Chair Jerome Powell, French Finance Minister Bruno Le Maire and Bank of England Governor Mark Carney are among government leaders and central bank chiefs who have spoken up against Libra,” writes Yen Nee Lee of CNBC. “Trump echoed many critics of cryptocurrencies, questioning how bitcoin is valued and highlighting its price volatility. Many argue that those attributes count against the wider adoption of digital currencies.”

Crypto also faces attack from the other side of the political aisle. Tech entrepreneur and billionaire Mark Cuban also sees a dark side to the spread of secretive virtual currencies, telling CNBC they could lead to instability in less developed parts of the world such as Africa.

Cuban described Libra as “a big mistake,” and says he’s “not a big fan” of Facebook’s plan, which would certainly bring crypto into the mainstream much more quickly than anyone could have anticipated.

In other words, the world isn’t truly prepared for cryptocurrencies. Very few people genuinely understand how they work. The possibilities for exploiting crypto for nefarious purposes are virtually limitless, which means it could introduce more instability into markets and regions that are already on shaky ground.

From my perspective, we need to step back, take a deep breath and look seriously at the best ways to create some rules and regulations that prevent some the worst-case scenarios from happening.

At the same time, we don’t want to slow down the pace of technology innovation that drives and energizes our economy. The underlying technology of crypto has many applications, from tracking the freshness of food to verifying business contracts. There is definitely an upside, and we don’t want to kill off the technology that crypto is build upon.

I predict the debate will continues, which is a positive sign. In today’s world, we depend so much on tech that we sometimes race to embrace it without considering the consequences. Here’s a chance for us to slow down and take a good hard look at the future of cryptocurrency.