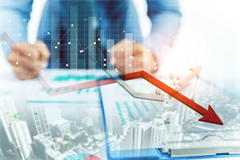 Tesla stock took a beating this week, but many remain optimistic about the company’s long-term prospects. At this moment, it’s fair to say that Tesla is still traveling a rocky road. That said, however, I predict the innovative company will eventually live up to the expectations of its charismatic co-founder and CEO, Elon Musk.

“Wall Street analysts were disappointed but not surprised with Tesla's dismal earnings report on Wednesday after the bell. Many analysts continued to decry the lack of margin and profit improvement and said the company's report still raises more questions than it answers,” writes Michael Bloom of CNBC. “The automaker posted a loss that was bigger than analysts expected sending shares down more than 10%. The executive exodus also continued with the company announcing the departure of Chief Technology Officer and co-founder JB Straubel, though Tesla said he would stay on in an advisory role.” 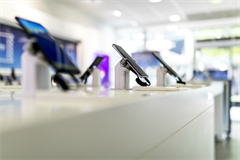 Good news for fans of the problem-plagued Galaxy Fold: Samsung says the phone will relaunch in September.

According to Samsung, the new and improved version will include protective caps that strengthen the hinge area and metal reinforcements under the screen.

If the foldable phone succeeds and proves popular, it will set off waves of innovation and new development across the smart phone industry. As tech leaders, we need to keep an eye on the Galaxy Fold because it might become the next “must have” item on everyone’s wish list.

“Along with 5G, the next-generation network technology, foldable phone designs are potentially the most significant change to the phone industry in a decade. At a time when sales are stalling for heavyweights such as Apple and Samsung, a phone that folds in half offers a radical new look. It also opens up new ways to use a device that has the screen size of a tablet in a package about the size of a large smartphone,” writes Jessica Dolcourt of C/NET.

U.S. Marines have successfully deployed a new high-tech system for destabilizing potentially dangerous enemy drones. The Light Marine Air Defense Integrated System (LMADIS) uses radio waves to disrupt communications between a drone and its operators, according to an article in Wired.

The system was used recently to protect a U.S. Navy assault ship in the Strait of Hormuz, a flashpoint for hostilities between western nations and Iran.

“The LMADIS system comprises two all-terrain vehicles, called Polaris MRZRs. One serves as a command unit, while the other is outfitted with sensors and signal-jamming equipment. The sensor unit feeds information to a tablet on the command and control MRZR, from which an operator can track an incoming drone, get visual confirmation that it’s hostile, and disrupt communications between a drone and its home using a radio frequency blast,” writes Brian Barrett of Wired.

LMADIS represents a step forward in a new type of combat. But it will undoubtedly be followed by increasingly sophisticated systems as warfare becomes more dependent on automation and artificial intelligence.