HMG Strategy Extra: Latest Moves by SoftBank Will Impact and Transform Every Part of the Technology Universe 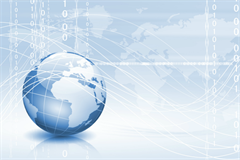 SoftBank, the amazing multinational holding company with seemingly inexhaustible supplies of capital, is shaking up the technology universe – again. This time, SoftBank is taking aim at rapidly growing business opportunities in AI and data analytics, two areas of technology that are exploding in scope and magnitude.

From my perspective, SoftBank is emerging as an unstoppable force in the tech industry. It’s hard to tell precisely where all this investment will lead, but I predict that SoftBank’s aggressive moves will eventually impact every tech company on the planet.

“The company’s second tech megafund in two years, unveiled last week, deploys an unprecedented amount of capital. It is aimed at accelerating the development of startups focused on artificial intelligence and data analytics. The scale of Vision Fund 2 is expected to have an influence on the venture-capital industry itself, where firms are accustomed to working with smaller sums of money,” write Sara Castellanos and Angus Loten of the CIO Journal.

Alex Wilhelm of Crunchbase agrees. “SoftBank’s first Vision Fund’s epic size, large checks, and rapid-fire investment strategy shook the private markets,” writes Wilhelm. “The ability for SoftBank, through its Vision Fund arm, to roll into high-growth private companies and hand them hundreds of millions — and in some cases, billions — of dollars reshaped the venture capital landscape.”

As Wilhelm and others have noted, SoftBank’s Vision Fund 1 invested in heralded startups such as Slack, Wag, Uber, WeWork, and many others.

Clearly, we are witnessing the emergence of a new force in the investor community. The scale and speed of SoftBank’s investments are unprecedented. SoftBank itself is recognized as the 36th largest public company in the world and the 2nd largest publicly traded company in Japan after Toyota.

It will be interesting to see how SoftBank’s influence sways technology development in China. As Wilhelm points out, China’s VCs are struggling, which leaves plenty of room for SoftBank to step in. If SoftBank begins calling the shots in China – at least in terms of tech investment – how will that affect tech development in the rest of the world?

This is unquestionably a fascinating and critical moment in the history of our industry. As I mentioned last week, tech is driving the global economy. What happens to tech happens to all of us. So the big question is this: How will SoftBank’s investment transform the tech industry? Which companies and which nations will be the winners? Who will be the losers?

One thing is certain: As technology leaders, all of us have a stake in this game.