Apple Shares Rise on Sales of Wearables, While Fitbit Sinks

The tides of business rise and fall, sometimes without much warning. This week Apple shares rose while Fitbit shares sank. It’s possible that Fitbit is having a run of bad luck. On the other hand, maybe Fitbit’s long-term prospects have begun to fade. It’s difficult to say which is more likely.

One thing is certain, however: Apple now qualifies as a “super brand,” and that makes it an incredibly formidable opponent for a smaller company like Fitbit.

“Apple is the icon of the consumer electronics business, having parlayed its dominance in smartphones into a market-leading position in watches by keeping people in its ecosystem. Fitbit is the challenger that innovated in fitness tracking and built a solid business before getting steamrolled by the industry superpower as it moved into more advanced smartwatches,” writes Ari Levy of CNBC. “Apple's wearable business, which includes AirPods, Apple Watch and Beats headphones, recorded 48% growth in the quarter from a year earlier to $5.53 billion and CFO Luca Maestri said the category's growth is accelerating over 50%.” 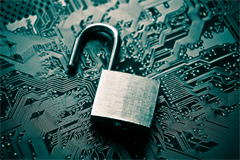 A newly announced data breach might cost Capital One up to $500 million in fines, according to an analyst quoted in Fortune.

“Just a week after Equifax reached a settlement for its massive 2017 data breach, credit card titan Capital One revealed that it too had been compromised in a hack affecting over 106 million customers in March,” writes Lucinda Shen of Fortune.

The alleged perpetrator, a 33-year-old Seattle resident with a tech background, was arrested this week, according to CNN.

“The hack affected about 100 million U.S. consumers, and 6 million Canadian clients, according to Capital One. About 140,000 Social Security numbers and 80,000 linked bank account numbers were obtained through the breach. But Canadians were more heavily impacted, with about one million Social Insurance numbers compromised,” writes Shen in Fortune.

It would be easy to dismiss or underestimate the influence of competitive video games on the software development industry. But ignoring the growing role of games in modern culture would be a serious mistake.

Last week, 16-year-old Kyle Giersdorf won a first prize of $3 million for playing Fortnite Battle Royale, “a video game in which up to 100 competitors are dropped onto an island and must try to survive, via fight or flight. Almost all of them are killed; the lone surviving individual or squad is the champion,” writes Kevin Draper of The New York Times. “If you have never heard of Fortnite, you are almost two years behind. If you think it is silly that people pay to watch strangers play video games, it is more like 10 years.”

According to Draper’s article, forty million players competed in online qualifiers and the $30 million in prizes were awarded.

This is a must-read article. From the perspective of senior management, Fortnite probably seems irrelevant. But for a large portion of the human population, these kinds of spectacles are the future of entertainment. As a technology leader, Fortnite and similar video games should be on your radar.