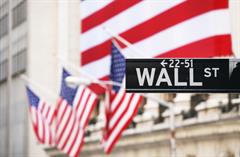 This has been a wild week for financial markets. Investors are worried by political unrest in Asia and signs of a possible recession in Europe. Investors were also rattled by turmoil in the bond markets, which is considered a signal of looming recession.

“On Wednesday, the 10-year Treasury yield inverted, and briefly went lower than the 2-year yield for the first time since before the 2008 financial crisis and subsequent Great recession. Such a move has preceded every U.S. recession over the past 50 years, but a recession does not materialize on average for nearly two years,” writes Matthew J. Belvedere of CNBC.

From my perspective, this feels like the new normal: a few weeks of unsettling gyrations, followed by longer periods of relative calm.

Wary of the ongoing risks posed by the trade war, however, technology suppliers have begun shifting operations from China, according to a published report.

“HP Inc.-laptop maker Inventec Corp. said it will to shift production of notebooks for the U.S. market out of China within months, adding to the tech industry’s exodus as the world’s two largest economies escalate their trade war,” write Debby Wu and Cindy Wang in Bloomberg News. “Inventec plans to move its entire American-bound laptop operation to its home base of Taiwan within two to three months, President Maurice Wu said on a post-earnings call Tuesday. Wu’s company assembles Apple Inc.’s AirPods and produces notebook computers for HP, which accounts for an estimated third of its revenue.”

It’s not surprising that companies would hedge their bets and find alternative locations for making tech products destined for U.S. markets. It will be interesting to see how many tech suppliers eventually decide to relocate to sites outside the Chinese sphere of influence.

An online shopping app is rapidly becoming the newest phenomenon in China, blending aspects of Groupon, Costco and Facebook.

“Pinduoduo, which loosely translates as ‘much more together,’ combines bargain shopping, gaming and social media. Its founder, Colin Huang, a Chinese engineer and serial entrepreneur who was part of the team that set up Google in China, likes to describe his creation as a fusion of discount retailer Costco and Disneyland. If more people in China had heard of Home Shopping Network, he’d probably include that as well,” writes Rebecca Fannin in Techonomy. “However you define it, the app has caught on among bargain hunters – especially in China’s aspiring middle class—and is fun to use.”

As technology leaders, we need to keep our eyes on innovative services like Pinduoduo that combine existing features and capabilities to produce entirely new user experiences. Even if you never use Pinduoduo, you’re likely to feel its influence. This idea of mixing and matching newer technologies is genuinely fascinating, and it’s the shape of things to come. 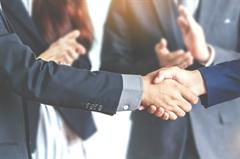 The tale of Tumblr took another turn this week as Verizon sold the blogging platform at a fraction of the price Yahoo had paid for it in 2013, according to a report in Axios.

“Verizon … sold Tumblr to Automattic, the parent company of blogging platform WordPress. No financial terms were disclosed, but multiple sources tell Axios that the price was around $3 million. Or, put another way, well less than 1% of what Yahoo originally paid,” writes Dan Primack of Axios.

It doesn’t seem long ago that Tumblr was riding high, a prime example of the social and economic power of blogging. Its subsequent decline clearly illustrates that in the world of social media, success is often fleeting.