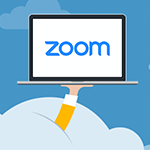 The stock price of Zoom, one of our favorite tech companies, jumped following a stellar report from an analyst at Baird.

“Shares of Zoom Video Communications (ZM) climbed 2.2% to $80.57 Monday after an analyst at Baird initiated coverage of the video-first communications platform company with an outperform rating and stock price target of $100 a share,” writes Rob Lenihan of The Street.

At HMG Strategy, we are avid supporters of Zoom and we have a great relationship with the company’s incredibly talented leadership team. From my perspective, Zoom is doing everything right and heading for even greater heights. 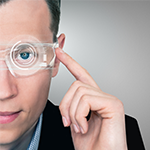 You might be trading in your smartphone for a pair of augmented reality eyeglasses in the near future. Facebook has teamed up with Luxottica to create a new generation of AR glasses that will take us into a realm beyond smartphones.

“Facebook has been working to develop augmented reality glasses out of its Facebook Reality Labs in Redmond, Washington, for the past couple of years, but struggles with the development of the project have led the company to seek help. Now, Facebook is hoping a partnership with Ray-Ban parent company Luxottica will get them completed and ready for consumers between 2023 and 2025,” writes Salvador Rodriguez of CNBC. “The glasses are internally codenamed Orion, and they are designed to replace smartphones, the people said. The glasses would allow users to take calls, show information to users in a small display and live-stream their vantage point to their social media friends and followers.”

Sometimes it’s an Advantage to be a Late Adopter 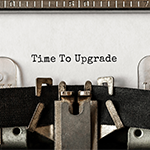 Most of the time, there’s an advantage to being an early adopter of new technology. Sometimes you get a better deal from a vendor. Other times, you might beat a competitor by offering a new service or feature.

The city of Vancouver, B.C., is demonstrating the value of being a late adopter. In this instance, the new technology is ride-hailing – specifically the kind made famous by Uber and Lyft.

For a variety of reasons, Vancouver put the brakes on ride-hailing services when they emerged earlier this decade. Now the city is moving cautiously forward, having learned valuable lessons from cities around the world that were earlier adopters.

In Vancouver, “transportation leaders are cautiously optimistic that being a last-adopter will prove to be a virtue. They hope that strict data-sharing requirements, a stringent licensing scheme for drivers, and a long-term vision to mitigate added traffic with fees on curbside access and downtown streets at rush hour will help make ride-hailing more sustainable here,” writes Laura Bliss in CityLab.

I recommend reading Laura’s article, which touches on many of the decisions we make as technology leaders and executives. Sometimes it pays to move fast; sometimes it’s a better idea to watch and wait. 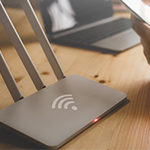 A published report says that Google is planning to offer a Nest Wi-Fi router for the smart home market.

“Google will be launching a refreshed Wi-Fi router under the Nest branding, a report says. It could be unveiled at Google's Pixel 4 event on Oct. 15, 9to5Google reported Tuesday, citing sources. It'll come with one main router and ‘smart beacons,’ according to the

Google hasn’t commented on the report, but it seems like a logical play for the company, which acquired Nest in 2014. report,” writes Corinne Reichert in C-NET. “According to 9to5Google, the Nest Wifi router could also come with Google Assistant speakers, and launch in three different colors.”

Please visit the HMG Resource Center to learn more about our unique global community of visionary CIOs and IT leaders. We look forward to your participation and active engagement on this platform for collaboration and thought leadership. The HMG Resource Center is the place to join the discussion and add your voice to the conversation.

You can also download my newest book, The CEO of Technology, for your Kindle or mobile device. Enjoy!