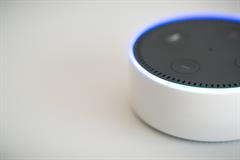 A new Alexa feature enables Amazon users to hold products in front of their Echo Show cameras and identify the products “through advanced computer vision and machine learning technologies for object recognition,” writes Meg Coyle in an Amazon blog.

From my perspective, this clearly opens the door for a host of new features and services geared to radically simplify online shopping experiences. I predict that it’s only a matter of time before this becomes the standard for many types of online shopping.

“The Echo Show could serve as an entry point into a streamlined grocery ecosystem, ready to fulfill the needs of consumers directly from their kitchens,” writes Hirsh Chitkara in Business Insider.

So far, however, Amazon hasn’t demonstrated that consumers are fully embracing Alexa for making everyday purchases such as groceries.

“Only 2% of 50 million Alexa device owners completed a purchase using voice in 2018, according to The Information. And of the customers who purchased something using Alexa, approximately 90% did not make a second purchase,” Chitkara writes. 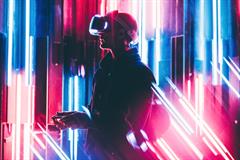 Here’s an excellent story about an innovative company that’s using a combination of technologies to help police officers deal more safely with mentally ill people. Tech firm Axon, the maker of Tasers and other equipment for law enforcement agencies, are using Oculus Go virtual reality headsets to train officers and help them resolve emergency situations that might escalate into violence.

“Axon doesn’t necessarily want officers to use the company’s Tasers each time the opportunity arises. Instead, company officials say, they want to help law enforcement officers become more familiar with using empathy to resolve emergency situations when confusion is high and verbal commands lose their effectiveness,” writes Peter Holley of The Washington Post. 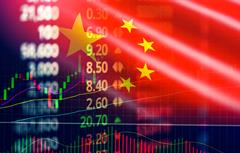 We’re all aware of China’s rising economic clout. China has been the world’s second-largest economy since 2010, when it passed Japan. It has since held that position, second only to the U.S. in terms of raw economic power.

But sometimes a picture is worth a thousand words. I strongly urge you to watch the animated graphic in this CNBC article showing the rise of China and the decline of other economies.