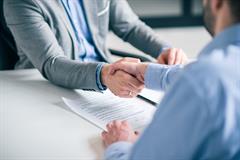 Suspense Over Trade Talks: How Will All of This Impact Technology Executives?

Financial markets have been rising and falling as signs of reduced trade tensions emerged, vanished and then re-emerged. If you’re a stock trader, it’s been another wild and suspenseful week.

For example, we’re looking for signs of rising costs in hardware, software and services. So far, we don’t see much to lose sleep over.

We’re also looking for signs that some kinds of technology products and services might be in short supply, which might signal rising prices in the future. Again, we’re not seeing indications of scarcity that would drive up prices.

That said, we can never be sure. Now is the time for technology leaders and executives to look closely at their portfolios. I’m not advising you to take harsh steps, but I urge you to re-examine your spending allocations and make certain that you’re buying only what you actually need.

We’re living in exciting times, which means we’re all dealing with unusually high levels of uncertainty and volatility. From my perspective, great technology leaders always look for the best possible balance between innovation and caution. That’s the truest sign of great leadership.

In addition to wireless ear buds, you might soon be using an AR headset with your iPhone.

“Apple's augmented reality headset will enter mass production as soon as the fourth quarter of this year in time for an early 2020 launch,” according to an article in MacRumors citing Apple analyst Ming-Chi Kuo. “In his latest research note with TF International Securities, the analyst says Apple will cooperate with third-party brands to launch its first head-mounted AR product in 2020, with Changying Precision tipped to be the main chassis supplier,” writes Tim Hardwick.

The headset will serve primarily as a display. Its main computing functions would be handled by the iPhone, according to reports.

“Apple CEO Tim Cook has indicated the company is preparing for a big future in AR, saying it's a technology that's potentially as important as the iPhone. Apple unleashed a number of AR tools at its WWDC developer conference earlier this year, including a whole AR-making toolkit called Reality Composer,” writes Carrie Mihalcik of C-NET. 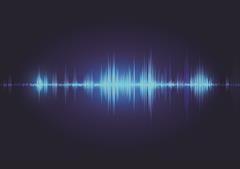 Researchers at MIT have figured out a technique for training algorithms to “see” through walls and in the darkness. The technique uses a combination of radio waves and machine learning to accomplish the feat.

First, the researchers train the system to process data gathered from visible-light images. Next, the system learns to recognize similar patterns of data built up from radio waves. Unlike visible light, radio waves pass easily through walls and other obstacles.

“The system learns to recognize actions in visible light and then to recognize the same actions taking place in the dark or behind walls, using radio waves,” according to an article published in MIT Technology Review.