In Rapidly Evolving Global Markets, the CIO is the Prime Strategist and Key Visionary for the Modern Enterprise 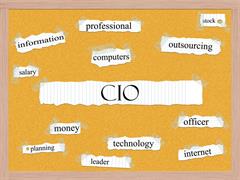 I had a wonderful conversation recently with Barbara Cooper, the former CIO of Toyota North America. Barbara now runs a successful executive coaching practice and she has generously shared her deep insight with the team at HMG Strategy. From her perspective, the CIO role is in a state of continual evolution and transformation.

“I’ve always felt strongly that the CIO should be the key strategist for the enterprise. That requires having a 360-degree view of the business and the ecosystems around it,” Barbara says. “You’re seeing and understanding everything that’s happening.”

Cultivating that 360-degree field of vision is essential to the job, she says. “You need to know something about every part of the enterprise, and you need the ability to communicate what you know.”

In our conversation, Barbara mentioned the concept of “fearless agility,” which I find fascinating. “The modern CIO is responsible for driving continuous innovation at scale,” she explains. “It’s no longer enough just to understand the technology. You need to understand market forces and customer needs. You need to know the competitive landscape. You need to think through the geo-political implications of your decisions. Those are areas that CIOs of the past didn’t have to worry about.”

I really appreciate and respect how Barbara envisions the role of the CIO as a truly global strategist and decision maker. In addition to innovating at scale, today’s CIO must also innovate at the speed of modern markets.

“Flexibility, versatility, adaptability and confidence -- coupled with good timing and knowing when to take risks -- are essential to the modern CIO,” Barbara says. “Those are the hallmark characteristics of great leadership in the 21st century.”

Barbara also urges CIOs to become more active in finding, hiring, nurturing and retaining top talent. In the past, it was acceptable to leave the job of hiring to HR. Given today’s hyper-accelerated business cycles, that model no longer works. CIOs must know how to spot the most talented people and bring them on board. The quest for superior tech talent must be led by the CIO – it cannot be delegated to another department.

I agree with Barbara’s observations and assessments of the evolving CIO role. I love the idea of “fearless agility,” and I look forward to hearing more about it in our future conversations.