Hunter Muller Predicts: As Tech Continues to Surge, Chip Makers Will Grow in Size and Strength 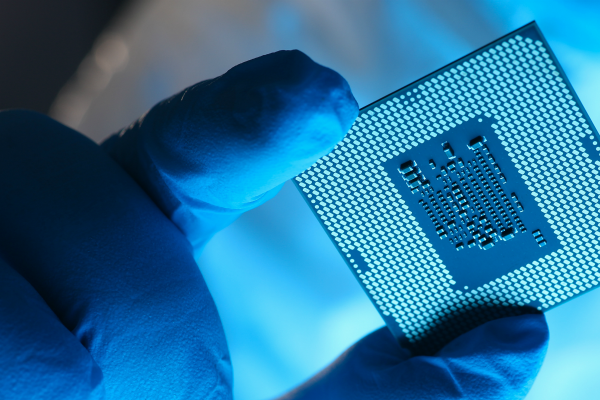 The laws of physics are rarely mentioned during conversations about the economy – unless semiconductors are somehow involved. The broad impact of the pandemic has sharply increased the demand for technology, and soaring use of technology has dramatically increased the need for integrated microcircuits, also known as chips.

Because chips are essential for modern digital computing systems, the growth of our industry depends on a steady supply of them. The fortunes of chip makers ride largely on the state of demand. When organizations invest in new technologies, chip makers flourish. They also look for opportunities to expand through mergers and acquisitions.

The search for deals within the semiconductor industry has now reached “a frenzy … With more than $100 billion worth of acquisitions announced this year,” writes Max A. Cherney in Barron’s.

“But with great scale, comes great responsibility—and risk. For years now, AMD has been a fairly straightforward business —building increasingly powerful computer and graphics processing units for computers, videogame consoles, and data centers. Not a simple enterprise, by any means, but one with a clear objective that provided a reason to buy the stock. AMD has executed fabulously well,” writes Cherney.

Cherney indirectly raises a good point. Today, the deal makes sense. But will it make sense five years from now? From my perspective, I see technology continuing to rise and grow as a driver of the broader economy. I believe that AMD’s deal is a smart move that will pay off handsomely, both in the short run and in the long run.

The pandemic has accelerated the pace of a trend that was already in motion. The digital transformation of our culture isn’t a new phenomenon – it’s been going on for the past three decades. What is new, however, is the speed and scale of that transformation.

Frankly, I predict the trend will prove irreversible. As the need for technology grows, the need for chips will also grow. Until we invent a practical replacement for chips, they will continue to play an indispensable role in the global tech economy. I foresee a strong decade ahead for chip makers such as AMD and Intel, with more M&A activity quite likely.