It looks like the cloud wars are heating up. There was an interesting article in Barron’s over the weekend that foretells a rosy future for Oracle’s cloud computing business. It’s definitely worth reading. 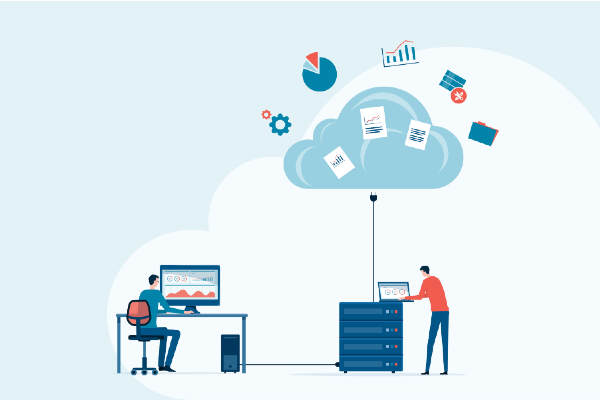 “Like another legacy tech giant, Microsoft, which was in a similar position about a decade ago, Oracle has been able to reinvent itself for the cloud-computing era. It is betting bigger on a cloud-only version of its core database software business. Already, it has had strong revenue growth in cloud enterprise applications. The juiciest opportunity is Oracle’s public cloud offering, which is taking on Amazon.com, Microsoft, and Alphabet in a market arguably worth trillions of dollars,” writes Eric J. Savitz of Barron’s.

It would be tempting to see this as an Oracle vs. Microsoft vs. Google vs. Amazon story. But I believe the underlying theme is something much simpler: old vs. new.

In today’s incredibly fast-paced economy, legacy systems can feel like dead weights. Too often, it seems, the arguments for holding onto them are based on some version of the sunk cost fallacy. One of the reasons cloud computing has become so popular is that it offers an escape from legacy systems that are perceived as restraints on growth and profitability.

The transition from legacy to cloud-based systems, however, is rarely a slam dunk. It’s not an overnight process – making it work requires skilled, experienced and tenacious leadership teams.

That said, cloud transformation is doable, and it’s being done on a regular basis. That’s why companies such as Oracle, Microsoft, Google and Amazon are likely to make trillions of dollars from cloud computing.

The open question is whether the shift to cloud will come too late for public entities such as government agencies, utilities, interstate transportation systems and large-scale healthcare operations. As the recent series of winter storms have demonstrated, problems with legacy infrastructure in complex systems extend far beyond the traditional business sectors of our economy.

Can cloud computing help us repair and renew these larger and highly interdependent systems? It’s an important question that we have to ask.