There’s no substitute for inspiration and innovation. Elon Musk proved that again today as Tesla became the fastest company to reach $1 trillion in market cap. Tesla's stock price was at $989 as of this writing and approaching $1,000 a share. Musk also proved the old adage that great leaders aren’t just lucky – they create their own opportunities for success. 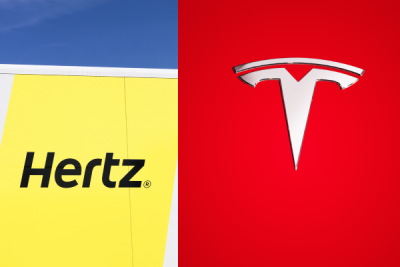 “Tesla shares were up more than 4% premarket Monday, following news that Hertz is ordering 100,000 vehicles to build out an elective vehicle rental fleet by the end of 2022,” writes Samantha Subin of CNBC. “News of the deal briefly brought Tesla’s stock to more than $949 pre-market, a new record-high, just one trading day after shares hit $900. The deal, which will bring in a reported $4.2 billion for Tesla, is the largest ever purchase of electric vehicles, Bloomberg previously reported.”

I believe that Tesla is only beginning to show its potential for completely transforming the automotive market. And as you know, Musk is also transforming energy and space travel. From my perspective, those are truly inspiring accomplishments. As technology leaders, there’s a lot we can learn from Tesla and SpaceX. Let’s follow their examples and boldly transform our organization and prepare for the digital future.

​As a bonus, here’s a link to a cool video of the recent SpaceX Inspiration4 crew launch from Cape Canaveral for the first all civilian mission into orbit in history. Enjoy!