In some ways, the pending breakup of GE seems like the final note of a long and painful tragedy. But in other ways, it seems like a stroke of genius.

“General Electric CEO Larry Culp is betting that splitting GE is the correct path forward for the once-mighty industrial conglomerate. Investors should bet that Culp is right by buying the stock,” writes Al Root of Barron’s. “Reviving GE hasn’t been easy. Culp has sold lots of assets, including the biopharma business and aircraft lessor Gecas. Now, GE’s epic turnaround has entered a new phase after announcing that it would break up into three companies: one dedicated to healthcare, another to power and energy, and a third to aviation. The healthcare spinoff is slated for early 2023, while power and energy will follow about a year later.” 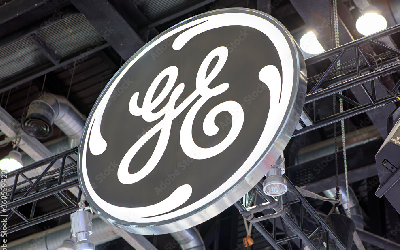 For some, the multiple spinoffs represent the beginning of a new era for GE. For those of us who remember the halcyon days of GE under the leadership of Jack Welch, all of this suggests a pragmatic capitulation.  Historians will probably describe it as a little of both. In any event, the decision reflects the reality of today’s turbulent and tumultuous global economy. If there’s a lesson here, it’s that financial markets are all about the future, not the past.

“Culp was the first CEO to look at GE as it is, not as it once was. He ruthlessly simplified the company, including restructuring and paying down about $75 billion in debt. Since the turnaround began in early 2019, GE stock has returned 24% a year, nearly in line with the S&P 500 over that same span,” writes Root. “If investors are comfortable with Culp, they should rest easy holding GE stock until the spins unfold.”

Will Culp’s gambit work? I think that it will. The spinoffs will create breathing room and space for new growth. From my perspective, this represents a win-win-win scenario for GE and its shareholders. The company’s legacy will live on, and each of the new entities will likely thrive. That seems like a good deal by any standard.