I always learn something new and interesting when I speak with Jay Chaudhry. But our wonderful conversations are more than just informative – they are truly inspirational. 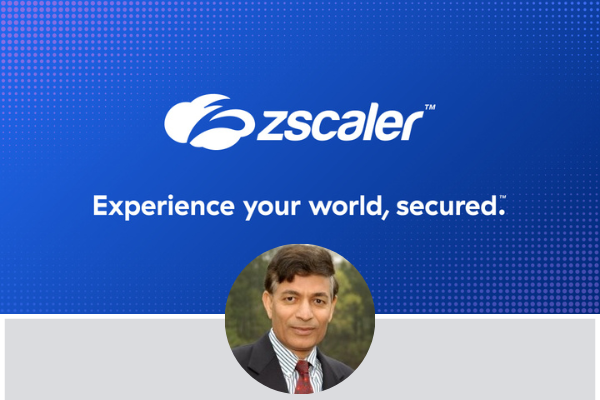 As many of you know, Jay is the CEO, Chairman and Founder of Zscaler, the world’s largest cloud-based security platform. Zscaler processes more than 150 billion transactions daily in 190 countries and is used by more than 35% of Fortune 500 companies.

Jay’s path to success wasn’t an easy one. The son of farmers in India, he grew up without the amenities we often take for granted in the U.S. Jay overcame the obstacles he faced early in life and built an enviable career in the tech industry.

He founded Zscaler in 2007, foreseeing the expanding need for higher levels of security in the cloud.

Prior to his success at Zscaler, he created SecureIT (acquired by VeriSign), AirDefense wireless security (bought by Motorola), CipherTrust email security gateway (merged with Secure Computing) and CoreHarbor ecommerce solution (acquired by USi/AT&T).

“I’ve always believed that leaders lead from the front. They lead by example. Leaders don’t ask others to do things that they aren’t personally willing to do,” he told me in a recent video interview. “People don’t do what you tell them to do. People do what they watch you do. It’s like raising kids. How many parents tell kids to do this or do that, but they don’t do it themselves? Kids won’t follow your advice if you don’t. If you model a behavior, your team sees that and follows you. That’s far more effective than hanging big posters about leadership on the walls that no one follows.”

I asked Jay which visionary leaders serve as his role models. He mentioned Elon Musk for creating a business model that is successful financially and may prove essential in managing climate change on a global scale. And he mentioned

Satya Nadella, noting how he is leading Microsoft’s evolution from legacy systems and devices to cloud-focused technologies. “It all starts with thinking big, dreaming big, taking risks. If you aren’t taking risks, you’re making no mistakes, you’re playing it too safe, then you’ll never do anything big in life,” Jay says.

Great advice from someone who speaks from experience.