I’ve known Andrew Campbell for many years. He is, in my estimation, a world-class executive leader and role model. As many of you know, Andrew is the Global CIO at Terex, a worldwide manufacturer of materials processing machinery and aerial work platforms. Andrew joined Terex in 2016 and one of his key achievements has been positioning the IT organization as a value driver to the business. Accomplishing that meant truly understanding the culture of the business. 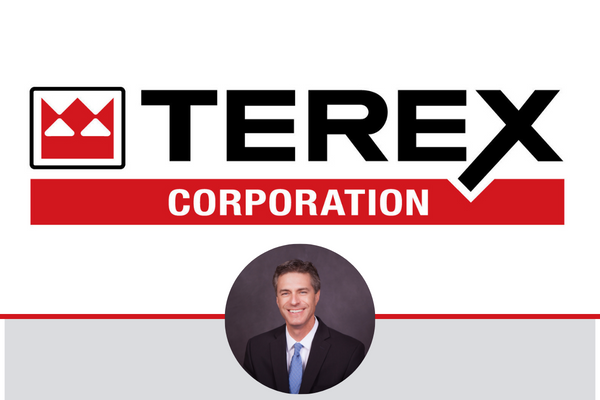 “One of the things I love about Terex is our culture,” he says. “One of our values is our commitment to servant leadership. It's one of our six core values. And it is one that I truly believe in. I realized as I've reflected back on my career, that's how I've led my teams. And the whole idea is that it's not a `command-and-control' leadership style, but rather `how do I enable team members to be successful?’”

Understanding and practicing those shared cultural values can have deep and meaningful effects beyond the IT organization. “The same approach works, whether you're talking about people who are within your direct organization, or whether it's your business peers or the executive leadership team. It's all about how we enable each other to be successful. And I think that's one of the things that has made Terex such an amazing company,” says Andrew.

I admire Andrew for tackling – and succeeding at -- the hard work of modern executive leadership. He genuinely embodies the qualities required to thrive in 21st century business environments.

I’m also impressed on the ways in which he has followed through on his vision for IT by placing members of the IT organization into global business units across the world to help identify new opportunities for applying technology to help accelerate the business. This includes embedding Internet of Things (IoT) sensors into the cranes, lifts and other construction equipment it makes. Embedding sensors helps Terex deliver new insights and new value streams to its global base of customers.

Andrew's leadership has strengthened employee engagement across the IT organization by clearly articulating the value that each member of his team delivers to the business.

“The engagement level measured by our annual employee survey has grown tremendously to the point where two years ago when we did our last survey, IT was the highest engaged organization in the company. And when I asked the HR chief whether that's something she's ever seen before, she talked to the company that did the survey and was told that IT organizations are never at the top of the list. They're lucky to be in the middle of the pack, relative to employee engagement scores,” says Andrew.

“I attribute that largely to the fact that we are very engaged with our business partners. We're a part of driving the changes in the growth in the company, and members of the IT organization can see the direct impact that they have every day versus kind of just being there because they're needed. And instead of being there, because they're adding value and are viewed as strategic assets for the company. It's exciting stuff.”