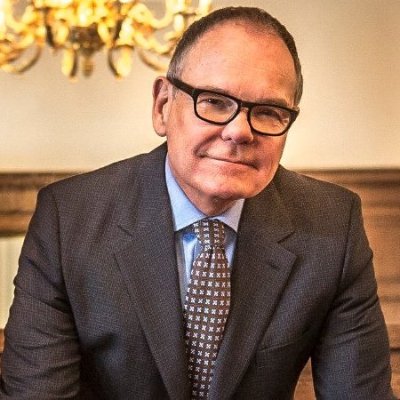 Don is one of the world’s leading authorities on innovation, media, and the economic and social impact of technology and advises business and government leaders around the world. He has authored or co-authored 15 widely read books including Macrowikinomics: New Solutions for a Connected Planet (revised paperback 2012) and most recently Radical Openness: Four Unexpected Principles for Success, a TED Book co-authored with Anthony D. Williams. His 1992 bestseller Paradigm Shift helped coin a seminal management concept and his 1995 hit The Digital Economy changed thinking around the world about the transformational nature of the Internet and two years later he defined the Net Generation and the “digital divide” in Growing Up Digital. His 2000 work, Digital Capital, introduced seminal ideas like “the business web” and was described by BusinessWeek as “pure enlightenment." Wikinomics: How Mass Collaboration Changes Everything was the best-selling management book in the United States in 2007 and translated into over 25 languages. The Economist called Macrowikinomics a “Schumpeterian story of creative destruction” and the Huffington Post said the book is “nothing less than a game plan to fix a broken world.” Over 30 years he has introduced many seminal concepts that are part of contemporary understanding. Don recently collaborated with Thinkers50 and the Rotman School of Management to create the groundbreaking Don Tapscott App -- an interactive tool that explores Don’s thinking in a number of key areas. In 2012, Don opened TED Global in Edinburgh where his talk, 4 Principles for the Open World, has been viewed by more than 500,000 people online within a few months. In 2011, he was named as one of the top 10 most influential living management thinkers by Thinkers50, the Definitive List of the Top 50 Business Thinkers in the World. This is the second time Don has appeared on this list. He was also a runner up as the World's Leading Thinker on Globalization and Macrowikinomics and was runner up for The Best Business Book of the Last Two Years. Don is a member of the World Economic Forum and chair of the Working Group on New Platforms for Global Cooperation, Governance and Problem Solving. He is currently a multi-million dollar investigation into this topic in collaboration with the Martin Prosperity Institute. In 2013, Don was appointed as the Chancellor of Trent University. He is also an Adjunct Professor of Management at the Rotman School of Management at the University of Toronto, and the inaugural fellow at the Martin Prosperity Institute. It is hard to imagine anyone who has been more prolific, profound and influential in explaining the digital revolution and its impact on the world.