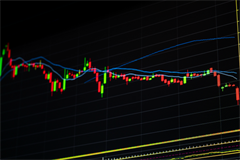 Tesla had a profitable quarter, but its earnings apparently weren’t good enough to satisfy Wall Street. Tesla shares sank after reporting higher revenues, leading some to wonder if Wall Street is simply expecting too much, too soon.

“The electric car maker’s results and outlook for 2019 were not as bad as some had feared, but the automotive segment, which still comprises the majority of Tesla’s business was less profitable than some had expected,”writes Robert Ferris of CNBC. “This is Tesla’s fourth profitable quarter overall since it went public in 2010, and the first time Tesla has reported back-to-back profitable results.”

Tesla predicts higher revenues in 2019, as it cranks up production and increases deliveriesby as much as 50 percent. 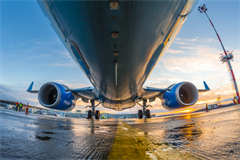 Aerospace titan Boeing is rocketing to spectacular success, cracking the $100-billion sales mark in 2018 and looking forward to more gains in upcoming months.

“All of Boeing’s main businesses posted double-digit sales increases in the fourth quarter, and the company expects the momentum to continue into this year,” writes Julie Johnsson of Bloomberg. “While the shares have gyrated in response to trade tensions between Beijing and Washington, Boeing is still seen as a safe haven for its $490 billion backlog of unfilled orders.” 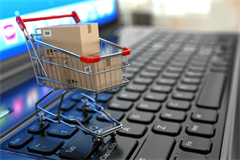 Walmart has decided to remove its products from two Google e-commerce platforms. The move is apparently part of Walmart’s larger strategy to enhance its own e-commerce capabilities. Walmart had been working with Google Express since 2017.

“In March 2018, Google launched Shopping Actions — an initiative that aims to help retailers make sales across channels by helping their products surface on all devices, creating a universal shopping cart, and allowing consumers to link customer loyalty accounts through Google — with Walmart as one of its first partners. But the companies' collaboration in those two areas has come to an abrupt end,” writes Daniel Keyes in Business Insider.

Walmart is doubling down on operating its own e-commerce platforms, but there is still opportunity for the retailer and Google to continue to work together. 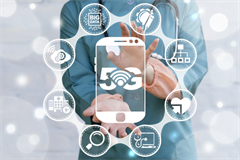 Is U.S. Trying to Stop Huawei from Becoming a 5G Giant?

In an absolutely fascinating article, The New York Times takes a careful look at the battle between Huawei and the U.S. government. According to the Times, there’s more at stake than just technology – the real struggle is over the future of 5G and who controls the Internet.

“A delegation of American officials showed up last spring in Germany, where most of Europe’s giant fiber-optic lines connect and Huawei wants to build the switches that make the system hum. Their message: Any economic benefit of using cheaper Chinese telecom equipment is outweighed by the security threat to the NATO alliance,” states the article.

I strongly recommend reading the article in its entirety. We live in interesting times, and the Huawei story is just the tip of a much larger iceberg.