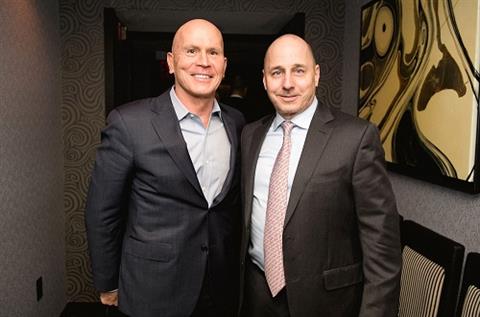 At HMG Strategy we’re studying world-class sports management to learn about building winning teams. Our friend Brian Cashman, Senior Vice President and General Manager of the New York Yankees joined us in New York last week to discuss what it takes to create a winning culture.

At this exclusive (invite-only) HMG Strategy World Tour `Meet-and-Greet,’ Cashman spoke about his upbringing in Major League Baseball (MLB), the culture and philosophy that drives the unwavering success his team sees, and some of the most memorable moments he experienced in his career. He helped our community to understand why building a team as strong as the Yankees is crucial to success in any business or organization.

The Road to Yankee Stadium

In his early years, Cashman said, he never could have predicted being a world-class sports executive, and especially not for the Yankees.

“I grew up in Lexington, Kentucky and went to high school and college in [Washington] D.C.,” Cashman said. “I grew up hating the Yankees, actually—I was a Dodgers fan.”

His first stint in the sport was as a young teenager, working as a batboy for the L.A. Dodgers in spring training in Florida. At the time, the Dodgers were managed by Tommy Lasorda, a former Dodgers pitcher.

“Tommy Lasorda to this day takes credit for my start in baseball,” Cashman said.

He continued to show interest in baseball throughout his teens, Cashman said, and eventually decided he aspired to become a professional player.

“I wanted to be a baseball player,” he said. “I played college baseball at Catholic University, and I wanted to play professionally.”

Realizing that becoming a professional baseball player was a lofty goal, Cashman said, his fallback plan was to save money for law school while working a local retail job. Before he knew it, a prospect would land in front of him, changing his life forever.

“I got an opportunity to do an internship with the minor league scouting partner for the Yankees in 1986, and worked security at night at the old Yankee Stadium,” Cashman said. “Who would have thought it would lead to anything.”

The rest is history—Cashman worked his way up from operations assistant to assistant farm director to major league administrator and eventually general manager.

So much of the team’s success Cashman credits to the philosophy shared from ownership to management to players.

“Building culture and maintaining culture is vital, and the tone is set from the top,” Cashman said.

The professionalism and integrity the Yankees hold dear is thanks to owner George Steinbrenner - `The Boss’ - Cashman said. Steinbrenner was very hands-on with management when Cashman started his career with the Yankees, and to this day the team is “riding the wave of discipline” started by the boss.

Gene Michael, Senior Vice President and General Manager during Cashman’s early years, served as a mentor to him, he said.

“I met him when I was young, he took me under his wing,” Cashman said. “He was the type of person, despite his notoriety as the general manager of the greatest sports team, who was so approachable and willing to share.”

This sense of camaraderie and family shared by the team drives its success forward, according to Cashman. But it’s also the team’s willingness and ability to adapt to a changing market and audience that enables it to thrive.

“We created an analytics department, a mental skill department,” Cashman said, ““I made a lot of changes in the Yankee franchise since I’ve been here… and we’ve never had a losing season.”

He credits the analytics department for his long and successful career, and “the reason he is still standing.” Performance science plays a role in every decision Cashman makes, from recruitment all the way up. It’s a way to track changes in real time.

“When you’re running something, you’ve got to continue to evolve and grow and change,” Cashman said. “I’ve been able to adapt, and thankfully hire some people smarter than me.”

This strong conviction for talent development and dedication to continuously reinventing and reimagining are two aspects every enterprise needs to employ to build winning teams. But for the Yankees, Cashman said, this is vital.

“This is the Yankees— this is different,” Cashman said. “Business here is not just baseball, it’s winning.”

Cashman said that every day in the ballpark is different and unique, and because of the intense discipline, winning ethos and immense talent the Yankees are known for, “when you come to the ballpark, you’re going to see something you haven’t seen before.”

A marketing campaign run during his early years continues to ring true to this day: "At any moment a great moment."

Still, there have been a few achievements during his tenure that Cashman said particularly stand out to him. In 1992, the team acquired Jim Abbott from the California Angels, a one-handed pitcher. Cashman said a no-hitter pitched by Abbott against the Cleveland Indians during his first season was inspiring.

“It was just magical,” Cashman said.

From my perspective, creating a winning culture is essential in business as well as sports. But as Brian Cashman also points out, teamwork is critical to the sustained success of any organization.