The unparalleled growth of financial services worldwide is increasingly driven by technology, and the announced acquisition of E-Trade by Morgan Stanley will definitely accelerate a new cycle of innovation in a rapidly evolving global industry.

“Wall Street investment bank Morgan Stanley will acquire E-Trade for $13 billion, the companies said on Thursday, the latest in a consolidation wave for the brokerage industry,” writes Maggie Fitzgerald of CNBC. “Morgan Stanley will pay $58.74 a share in stock for E-Trade in a deal bringing together $3.1 trillion in client assets. Morgan Stanley shares fell more than 4% in premarket trading. E-Trade shares jumped about 23% to $55.16 per share.” 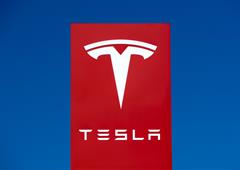 Researchers Use Tape to Trick Tesla into Speeding

Apparently, it’s possible to fool a Tesla in speeding by placing tape on ordinary speed limit signs. The revelation highlights concerns over the future of autonomous driving, even though newer models can’t be as easily deceived.

“Researchers were able to trick a Tesla Inc. vehicle into speeding by putting a strip of electrical tape over a speed limit sign, spotlighting the kinds of potential vulnerabilities facing automated driving systems,” writes Ryan Beene of Bloomberg News. “Technicians at McAfee Inc. placed the piece of tape horizontally across the middle of the ‘3’ on a 35 mile-per-hour speed limit sign. The change caused the vehicle to read the limit as 85 miles per hour, and its cruise control system automatically accelerated, according to research released by McAfee on Wednesday.” 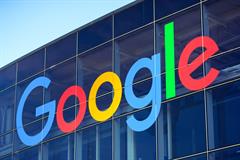 Thomas Kurian, the CEO of Google Cloud, has announced the purchase of a respected IT firm that it hopes will give it a strong competitive advantage in its battle to win mainframe infrastructure customers.

“Google Cloud announced Tuesday that it has acquired Cornerstone Technology, which Google says will migrate customers’ mainframe workloads to Google Cloud,” writes Jennifer Elias of CNBC. “The Cornerstone acquisition comes as Kurian rounds out his first year at the helm of Google Cloud. In that time, he’s persuaded Google parent company Alphabet to go on a buying spree that’s included several acquisitions and hires in an attempt to catch up with cloud leaders Amazon and Microsoft.” 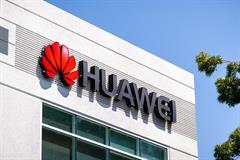 A high-pressure campaign by the U.S. aimed at limiting the influence of a major Chinese tech firm in Europe has failed to gain traction, according to reports.

“America’s global campaign to prevent its closest allies from using Huawei, the Chinese telecom giant, in the next generation of wireless networks has largely failed,” write David E. Sanger and David McCabe in the New York Times. “Britain has already called the Trump administration’s bluff, betting that officials would back away from their threat to cut off intelligence sharing with any country that used Huawei equipment in its network. Apart from an angry phone call between President Trump and Prime Minister Boris Johnson, Britain appears to be paying no price for its decision to let Huawei into limited parts of its network, under what the British say will be rigorous surveillance.”