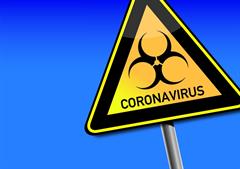 Financial markets continued to drop sharply this week, fed by uncertainty over the coronavirus and its impact on the wider economy.

“The selling could push major benchmarks in the United States into a correction,” writes Matt Phillips of the New York Times. “The collapse in investor confidence spread far beyond stocks. Crude oil fell more than 4 percent, as investors weighed the chance of growing economic paralysis related to measures to stop the outbreak.”

As technology leaders, we need to be mindful of the ripple effects caused by the virus, which has spread beyond Asia and is now disrupting markets in the U.S. and Europe.

“The latest wave of selling has come after public health officials in the United States and Germany said new patients in each country had no known connection to others with the illness. Cases of the virus have appeared in at least 47 countries,” Phillips writes.

Microsoft Says it Will Miss Guidance for Windows Unit

Microsoft said this week that its Windows segment would likely miss its revenue guidance. Microsoft joins a growing list of tech firms adversely impacted by the coronavirus outbreak.

The company “said it doesn’t expect to meet the quarterly revenue guidance it previously provided for the segment that includes Windows,” writes Jordan Novet of CNBC. “Last week Apple disclosed that it did not expect to reach its own quarterly revenue guidance as a result of impact from COVID-19. Earlier this week HP, one of the biggest sellers of Windows PCs, said that corporate updates to Windows 10 could slip into future quarters.”

The segment accounts for roughly a third of Microsoft’s total revenue and operating income, according to CNBC. 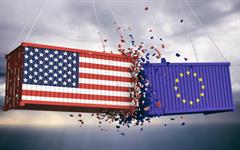 Are the U.S. and Europe Heading for Collision Over Tech Policies?

Moves by the European Union to tighten regulatory control over artificial intelligence and big data may put continental Europe on a collision course with the U.S.

“The risk of a major technology blow-up between the U.S. and Europe is growing,” writes Kevin Allison of GZERO. “Last week, European Commission President Ursula von der Leyen and her top digital officials unveiled their first concrete proposals for regulating AI, and pledged to invest billions of euros to turn Europe into a data superpower.”

Some of Europe’s concern centers on China’s rapidly growing influence on technology, which apparently caught the Europeans off guard.

“The potential for a big transatlantic digital spat is growing as both sides are grappling with the implications of digital disruption for jobs and democracy and trying to come to grips with China's rise as a technology power,” Allison notes in his column.

Automation involves more than new and improved technology. A genuinely successful automation strategy will have three essential components: people, process and technology. In that respect, automation is similar to transformations of the past. You cannot skip over any of the essential steps.

That’s why I highly recommend reading this excellent article by Josh Dzieza of The Verge. It will serve as a great reminder that world-class technology leaders must focus on all aspects of transformational change.

“Automated systems can detect inefficiencies that a human manager never would — a moment’s downtime between calls, a habit of lingering at the coffee machine after finishing a task, a new route that, if all goes perfectly, could get a few more packages delivered in a day. But for workers, what look like inefficiencies to an algorithm were their last reserves of respite and autonomy, and as these little breaks and minor freedoms get optimized out, their jobs are becoming more intense, stressful, and dangerous,” writes Dzieza.

For his article, Dzieza spoke with more than 20 workers in six countries. “For many of them, their greatest fear isn’t that robots might come for their jobs: it’s that robots have already become their boss,” he writes.

For many of us who remember the age of ERP transformation, some of this will sound familiar. From my perspective, transformational automation strategies of the 21st century will require world-class leadership to achieve real success.