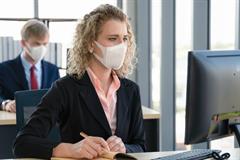 The coronavirus has become the focus of discussion and commentary across every media platform. The crisis is ongoing, and continues to impact communities, nations and global markets.

“Health authorities in Washington confirmed a second death in the U.S. from the new coronavirus on Sunday,” according to CNBC. “The patient was a man in his 70s, who was hospitalized at EvergreenHealth, a hospital in Washington State. The first coronavirus death on American soil was reported on Saturday, also from King County in Washington state. There were also three other new cases in King County, as of Sunday afternoon, all of whom are in critical condition. That brings the total number of confirmed cases to ten in the county, authorities said.”

As technology executives and leaders, we should reflect on the lessons we can learn from the outbreak. From my perspective, the lessons are both tactical and strategic.

On the tactical side, we need to re-examine our supply chains and look for weak points that could disrupt the flow of business if the disease continues spreading rapidly.

On the strategy side, we should begin “stress testing” our supply chains and logistical systems to make absolutely certain they have the resiliency to survive any long-term disruptions resulting from the virus. We also need to look closely at our networks, many of which stretch across parts of the globe with elevated levels of geopolitical risk.

Another strategic item on our agenda is communication, which is fundamental to business continuity and continuing success. Great leaders communicate their plans early and often. They don’t sugarcoat the truth or cherry pick the facts. They convey honesty and integrity. They provide clarity and reassurance, both of which are essential in the modern collaborative workplace.

I urge you to read "Lead Your Business Through the Coronavirus Crisis," an excellent article published  last week in the Harvard Business Review. The authors of the article outline 12 practical steps for responding effectively to the virus threat, and learning lessons from it. I strongly recommend the article, which includes advice such as updating your intelligence daily, constantly reframing your understanding of what's happening and preparing for the crisis.

I speak and write often about the need for courageous leadership. Today is definitely the time for bold, truthful and inspiring leadership. We owe that to all the people who count on us to provide expertise and guidance.

Make no mistake: the coronavirus will become a test of our leadership abilities. As the crisis continues, more details emerge. By now, the tragic story of Li Wenliang, has been widely reported. Li was a 34-year-old ophthalmologist who initially noticed the virus late last year.

But after alerting his colleagues, he was “called into a police station, where he was forced to sign an unusual document designed to coerce him into silence,” writes Ryan Manuel in Nautilus, a respected publication that reports on science. Li, who died five weeks later of the virus, has become “the face and name of a censorship phenomenon” that unquestionably slowed China’s response to the deadly outbreak.

Before he died, Li spoke to a large Chinese media company, and the story went public, despite the earlier attempts to suppress it. Chinese officials then “imposed the largest and most draconian quarantine in history,” according to The Economist. “Factories shut, public transport stopped and people were ordered indoors. This raised awareness and changed behavior. Without it, China would by now have registered many millions of cases and tens of thousands of deaths.”

As noted in The Economist article, China’s quarantine is not “a model for the rest of the world. All quarantines carry a cost—not just in lost output, but also in the suffering of those locked away, some of whom forgo medical treatment for other conditions ... As China seeks to revive its economy by relaxing the quarantine, it could well be hit by a second wave of infections. Given that uncertainty, few democracies would be willing to trample over individuals to the extent China has.”

That said, China’s handling of the outbreak “holds three important lessons—to talk to the public, to slow the transmission of the disease and to prepare health systems for a spike in demand,” according to The Economist article.

The lessons cited in the article dovetail with the advice I have been sharing with technology executives for years: Gather facts, share them openly, develop practical plans and provide strong courageous leadership.

“Our everyday lives will have to change,” writes Annalee Newitz in the New York Times. “We’ll need to embrace … a new kind of survivalism, one that’s pragmatic, urban and focused on community rather than rugged individuals. It’s an old-fashioned idea — planning for the worst and hoping for the best.”