The intersection of technology and culture was in the news again this week as the co-founder of the world’s largest social network responded to calls for greater oversight of posts and tweets.

Zuckerberg told Sorkin that internet platforms such as Facebook should not be “arbiters of truth” and that people should be able to see what politicians say and write on social networks.

Earlier this morning, Twitter placed a “public interest notice” on a tweet from the president about violent protests Minneapolis, Minnesota. The notice means “the tweet will not be removed, but will be hidden behind a notice that says ‘this Tweet violated the Twitter Rules about glorifying violence. However, Twitter has determined that it may be in the public's interest for the Tweet to remain accessible.’ Users can view it if they click past the notice,” write Brian Stelter and Donie O'Sullivan of CNN. 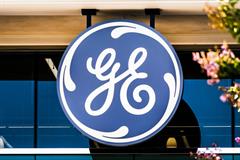 This news genuinely signals the end of an era: GE has sold its lighting business, more than 140 years after one of the company’s early co-founders, Thomas Edison, invented the light bulb in a laboratory in New Jersey.

“Analysts said the sale, announced Wednesday, was not a surprise. G.E. had sought to offload its lighting division for several years, as it focused on more profitable areas such as renewable energy and health care technology,” writes Michael Levenson of the New York Times. “But in the annals of American corporate culture, where GE and the light bulb have long been synonymous, the uncoupling struck some as a pivotal moment, as if Kellogg had jettisoned its cornflakes business or Ford had stopped making cars.”

From my perspective, GE’s decision makes sense. Every company must adapt and evolve to survive. But there’s a tinge of sadness nevertheless as GE departs from the business that made it famous. 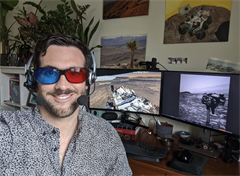 NASA’s legendary “can do” culture has enabled the space agency to overcome numerous obstacles. NASA’s most recent feat has been enabling an at-home team of engineers to guide the Curiosity rover as it continues exploring Mars.

“For people who are able to work remotely during this time of social distancing, video conferences and emails have helped bridge the gap. The same holds true for the team behind NASA's Curiosity Mars rover. They're dealing with the same challenges of so many remote workers – quieting the dog, sharing space with partners and family, remembering to step away from the desk from time to time – but with a twist: They're operating on Mars,” according to NASA’s Jet Propulsion Laboratory at the California Institute of Technology.

From my perspective, this is a classic example of “working the problem and finding a solution.” Congratulations to the folks at NASA for continuing the mission and inspiring all of us.

Novant Health Pioneers Use of Zipline Drones to Transport Medical Supplies in U.S.

Novant Health has teamed up with Zipline, an innovative logistics service, to pioneer the delivery of medical supplies by drones in the U.S.

“Zipline’s U.S. debut comes almost six months ahead of schedule. The company had planned to begin service in North Carolina in October, under an agreement signed at the beginning of this year with Novant Health, which runs 15 hospitals and nearly 700 clinics in the area. Zipline and Novant decided to accelerate their plans after the coronavirus outbreak,” writes Ira Boudway of Bloomberg News.

According to Boudway’s report, the “six-foot long, red-and-white drone took off from a field in Kannapolis, North Carolina, flew fifteen miles west over suburban Charlotte to Novant Health’s Huntersville Medical Center, and dropped a box of protective masks in a designated spot next to the parking lot. The flight, about 30 minutes round-trip, marked the first U.S. delivery for Zipline Inc., a California drone start-up that has been transporting medical supplies in Rwanda and Ghana since 2016.”