Leveraging the Power of Quantum Computing in Business

Quantum computing continues to make strides and is on the brink of delivering significant advances to how businesses operate. Recent studies predict that quantum computing will be a multi-billion-dollar industry by 2030. 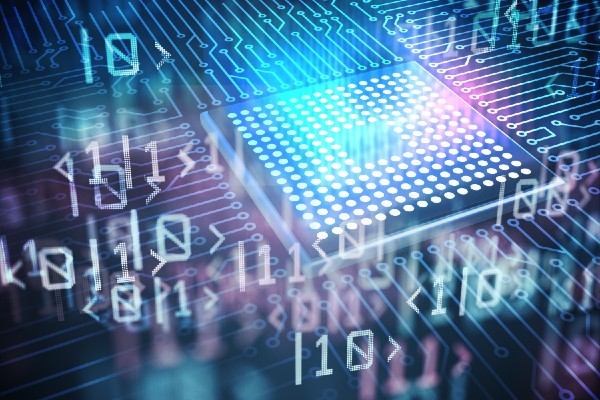 At the 2020 HMG Live! St. Louis CIO Executive Leadership Summit on November 17, top technology leaders and executives discussed the power of quantum computing and how it can shape the future of technology in various fields, led by Peter Hogan, CTO of Post Holdings.

Paul Dabbar, the Under Secretary for Science for the U.S. Department of Energy, came to speak on his work in the field. Dabbar has helped run the 17 national labs and 60,000 researchers in high energy physics and advanced computing. In addition, they constitute the largest Nobel Peace Prize generator in the world. Student opportunities aren’t missing from their department as well with programs available in particle physics, advanced computing, and materials, all being tied into the history of quantum computing. In the next two-to-three years, Dabbar believes that more advanced applications for quantum computing will be available.

Six months ago, the blueprint for the quantum Internet was laid out by Dabbar and his colleagues, as well as a bill proposal for five new centers for quantum research.

Hogan asked Dabbar why the private and public partnership is so important for the next steps of the quantum model. Dabbar responded by explaining how in the past, when the Internet was first created, it was a relatively slow process, because of the lack of access in the private sector versus the public sector. Today, collaboration between the two groups is paramount so that business can run smoothly on Day One and productivity can rise and help accelerate technology and discovery.

Quantum research and usage has skyrocketed in recent years, which made it an easy decision for Jeff Miller, Chief Security Officer, Honeywell Quantum Solutions to relocate to Denver to work in the field.

“It was an easy decision to make the leap up here,” said Miller.

Miller described how companies and government agencies currently have the ability to augment classic computing with quantum computers. There are growing opportunities of machine learning on quantum computers as well as solutions in the area of optimization of machine learning. Early adopters, according to Miller, know that quantum is a marathon, and now is the time to get going. Quantum computing is now moving faster than people expected, and the utilization of organizations working together, as well as competition from partners is accelerating quantum.

Mark Jackson, Scientific Lead, Cambridge Quantum Computing, shared that the progress of quantum volume now doubles every 12 months. This trajectory can have significant commercial ramifications in the next few years. Many financial executives noted that they are starting partnerships, such as Goldman Sachs, which has their own quantum department.

Each company has a different approach to quantum computing, according to Jackson, but adjusting the applications is a delicate balance. For instance, the use of t|ket> (pronounced “ticket”), CQC’s high-performance quantum software development kit, has helped immensely, maximizing the performance of quantum algorithms when executing on quantum computing hardware, said Jackson.

“As we look through the 10-year road map, we’re going to build upon our architecture using enabling technology including our own Honeywell foundry for our ion trap fabrication so that we can provide more and more value to enterprises,” said Miller.