The first time I used a computer was during my sophomore year in college. This is significantly later than computer, engineering, or science-educated people in my age group used a computer for the first time—because I was a music major, not because I am that old. Anyway, at the time I was dating an engineer and I had a term paper due. In the past, I’d typed up my handwritten papers on my word processor before turning them in to the professor. It was a bit of a hassle but it worked fine and teachers were spared my messy script. 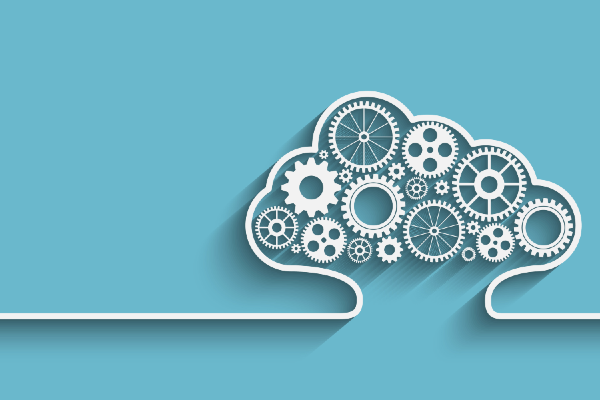 But for a 20+ page report, the word processor was hard to handle; I could only view a few lines of text at a time. My boyfriend, knowing I had this task, offered to let me use his computer. I knew nothing about using a computer except that it seemed to be a better version of the word processor.

I went to my boyfriend’s place at about 10 PM the night before the paper was due. He set everything up and I started entering my work. About an hour later, he was bored and decided to go to bed. Before he did, he said to me, “if something happens, like text disappears or something pops up on the screen, don’t do anything. Don’t touch anything. Not one key. I can recover your paper if you don’t do anything next. If you try to ‘fix’ it, I might not be able to.”

OK, marching orders. Good to go! I don’t know if it was prescience or if he'd dealt with music majors and computers before, but several hours later...poof! All the text disappeared from the screen. I’d somehow deleted my paper by hitting some key or combination of keys. After a momentary silent freak out, I woke up my boyfriend and explained (not calmly) what happened. He lazily got up, hit something or other, and, voilà! My words reappeared. To this day, I don’t know how he restored the paper or why the sudden disappearance in the first place.

From that moment on, I was a firm believer in the power of data backups and recovery systems.

But losing access to one document or even a whole file isn’t the concern for enterprises. Businesses run on tens of thousands of files, databases, and documents. And today, applications hold the keys to the kingdom. They’re where all the important data sit. They're what allow the business the operate. Thus, protecting and backing up those applications is a must. To achieve true business resilience, a company must have hardened processes and tools for backing up and recovering both data and applications.

Govind Rangasamy didn’t have the same near-crash-and-burn moment, but he did have many years of experience in storage, resiliency systems, and cloud before he decided to start Appranix in late 2016. The company’s mission from its inception has been cloud application recovery and resilience. Why just cloud apps and not other data or systems? Because, Rangasamy explained to me and the TAG analyst team during a recent call, while cloud adoption among enterprises was high in 2016, it was taking a long time for companies to migrate and even longer for them to think about resiliency of their applications. Without a compliance or audit disaster recovery requirement, companies were delaying and hoping a critical app didn’t fail in the meantime. This remains true today. Appranix team is now learning that companies are even delaying the cloud migration of critical applications because of the lack of application resilience services on the public cloud platforms or complexity of building one for themselves for their applications.

The Appranix platform is a SaaS-based solution that plugs into customers’ AWS, Azure, GCP, or Kubernetes environments. With read-only access, the platform automatically scans and reverse-engineers the environment for all running applications and infrastructure services and records their configurations and state in a “GitHub-style journal.” The results of the scan provide all mappings, regions, and dependencies, making it easy for BC/DR administrators, SREs, and cloud operators to see what’s happening in their environments without infrastructure-based data management solutions.

Next, Appranix automatically saves golden images of applications and data copy in an air-gapped environment so that if a failure occurs, the customer can roll back to a clean state and recover in an alternate, isolated region or account. Recovery is for all cloud services configurations—virtual machines, containers, storage volumes, database services, elastic file system services, security groups, scale sets, gateways, load balancers, VPCs, resource groups—and customers can choose their backup and replication frequency—in minutes, hours, days, weeks, months or years. Unlike traditional backup and DR solutions, however, the choice to back up in minute increments isn’t cost prohibitive. Unlike other solutions, Appranix can recover an entire application environment or any cloud resource instance, at any point-in-time, in any region instantly using its dependency aware recovery system.

Why not just use cloud providers’ backup and recovery options? In addition to cost considerations, Rangasamy said that what he’s found time and again throughout his career is that organizations have problems backing up and recovering applications in the cloud due to complex and dynamic cloud infrastructure at scale. Appranix continuously adapts to the app environment so admins and operators don’t have to have expert-level knowledge of every environment or find and maintain information manually.

The platform leverages cloud providers’ data infrastructures so that no application data is lost during the copy process, recovery is quick, and the solution auto-scale as customer environments do. Appranix also saves data in an app-native format rather than a proprietary format so that applications can be recovered or cloned instantaneously rather than reconstructed.

The tendency for organizations will continue to be a reliance on cloud provider-provided backup and recovery solutions or more traditional backup and recovery providers, of which there are many excellent options. However, in today’s world, with so much at stake with applications and their business criticality, deploying an app-focused resiliency platform that can prevent nightmare scenarios is a good bet.