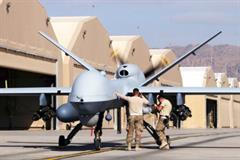 Google will limit its use of AI, a move that comes after employees protested the company's involvement with Maven, a military project to interpret drone surveillance video.

On Thursday, Google CEO Sundar Pichai unveiled guidelines for how Google will limit use of advanced capabilities such as AI and machine learning. For example, Google says it won't use AI to create weapons. But the guidelines don't specifically rule out working with the military.

"Although prompted by the protest over Maven, the guidelines posted Thursday address a much broader range of concerns. Google pledges to avoid creating systems that reinforce societal biases on gender, race, or sexual orientation, for example. They say privacy safeguards should be incorporated into AI technologies, which often gain their power from training on vast data sets like those Google holds from its billions of customers," writes Tom Simonite in Wired. 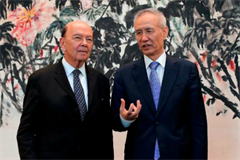 President Trump has lifted U.S. sanctions on ZTE, a Chinese telecom that had been banned from buying American products.

"The deal will help defuse tensions with the Chinese president, Xi Jinping, who personally asked Mr. Trump to intervene to save ZTE and whom the president has relied on to help pave the way for next week's summit meeting with the North Korean leader," writes Ana Swanson in the New York Times. "The Commerce Department said that ZTE had agreed to pay a $1 billion fine, replace its board and senior leadership, and allow the United States to more closely inspect the company by effectively having a handpicked compliance team embedded inside the firm."

In 2016, ZTE was found guilty of violating U.S. trade sanctions on North Korea and Iran. 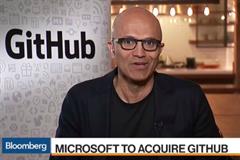 Microsoft has acquired GitHub, the coding platform of choice for millions of software developers, for $7.5 billion. The move has raised questions over the fate of GitHub, which has served as a repository for software projects since 2008.

Each of the three GitHub co-founders would own "about 10 times more shares than Chief Executive Officer Satya Nadella, and roughly 14 times more than President Brad Smith. Among insiders, only co-founder Bill Gates's 1.34 percent holding would exceed theirs," writes Tom Metcalf in Bloomberg Tech.

Be sure to watch Emily Chang's interview with Nadella, who promises that GitHub will remain independent and true to its principles.