“U.S. stocks slid on the first day of March as oil prices surged and investors continue to monitor the fighting between Russia and Ukraine. The Dow Jones Industrial Average dropped 179 points, or 0.5%. The S&P 500 was off by 0.3% and the Nasdaq slid 0.3%,” write Jesse Pound and Maggie Fitzgerald of CNBC. “The continued aggression from Russia pushed energy prices higher. West Texas Intermediate crude futures jumped 5% on Tuesday morning, breaking above $101 per barrel and hitting its highest level in seven years. Wheat prices also surged on Tuesday. The rise in commodity prices added to inflation fears in the U.S. and Europe.” 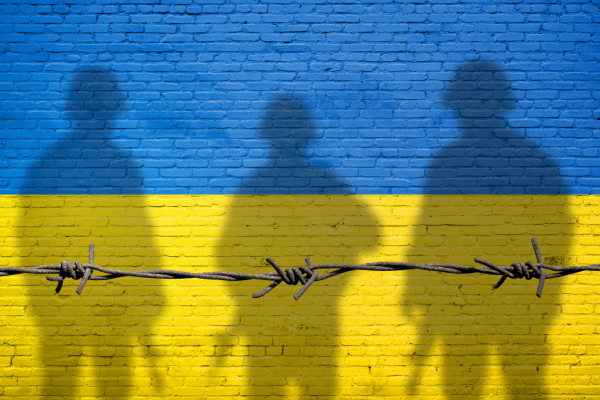 It's hard to blame investors for feeling anxious about the global economy. “Financial stocks were some of the biggest early losers in Tuesday premarket trading, with Bank of America down 2%, Citigroup off 1.8% and Charles Schwab lower by 1.5%,” according to the CNBC report.

Although much of the fighting evokes images of World War II, digital technology is heavily involved in the conflict. Microsoft, for example, is working to resolve threats of “wiper” malware aimed at Ukraine’s government and financial institutions. Microsoft has shared some of its security resources with European nations in an effort to blunt cyberattacks.

“After years of discussions in Washington and in tech circles about the need for public-private partnerships to combat destructive cyberattacks, the war in Ukraine is stress-testing the system. The White House, armed with intelligence from the National Security Agency and United States Cyber Command, is overseeing classified briefings on Russia’s cyberoffensive plans,” write ​David E. Sanger, Julian E. Barnes and Kate Conger in The New York Times. “Even if American intelligence agencies picked up on the kind of crippling cyberattacks that someone — presumably Russian intelligence agencies or hackers — threw at Ukraine’s government, they do not have the infrastructure to move that fast to block them.”

We hope and pray that this war ends soon.

At HMG Strategy, our goal is preparing you for the unlimited future. Everything we do here supports our fundamental mission of helping you accelerate your career ascent. Our truly unique and powerful platform enables you to acquire knowledge from the top-tier thought leaders and practitioners, to meet and mingle with your peers, and to hear the latest news about the newest technologies from trusted sources.

HMG Strategy is the world’s largest independent global platform for technology leaders, with a growing network of over 400,000 technology executives. Our global, social and digital platform has expanded significantly, and we welcome you to visit the HMG Strategy Resource Center to learn directly from the most innovative leaders of our time.