U.S. and European Union Agree ‘In Principle’ on Framework for Cross-Border Data Transfers

The U.S. and the European Union have announced a deal “in principle” to govern cross-border data transfers. The emergence of a framework is good news for tech titans such as Meta and Google, which have been hampered by European concerns over data security and surveillance. 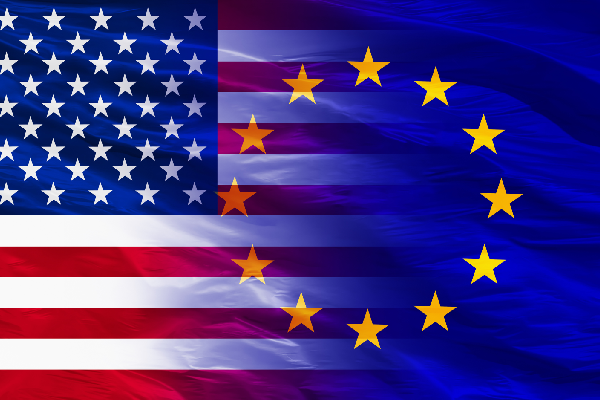 “For over a year, officials on either side of the Atlantic have been hashing out a deal to replace the so-called Privacy Shield, an arrangement allowing firms to share Europeans’ data to the U.S.,” writes Ryan Browne of CNBC. “Privacy Shield was invalidated in July 2020, striking a blow to Facebook and other companies that had relied on the mechanism for their EU-U.S. data flows. The EU’s top court sided with Max Schrems, an Austrian privacy activist who argued the existing framework did not protect Europeans from U.S. surveillance.”

The deal was announced late last week “alongside a separate agreement with the U.S. to provide energy to Europe as the Russian invasion of Ukraine threatens to disrupt the continent’s energy supplies,” Browne writes.

From my perspective, it makes sense for the U.S. and its allies to move forward swiftly with a mutually agreeable governance framework. At this critical moment in history, arguments over how data transfers should be regulated would be an unnecessary distraction. The framework “could provide assurance to thousands of companies after Europe's top court struck down the deal's predecessor in 2020,” writes Brian Fung of CNN Business.

European Commission President Ursula von der Leyen and U.S. President Joe Biden said Friday that the new framework would enable the smooth flow of data that underpins the $7.1 trillion economic relationship between the U.S. and the EU.

With that kind of money at stake, it would be foolish to allow disagreements over data transfers to interfere with our absolutely vital transatlantic trade.

At HMG Strategy, our goal is preparing you for the unlimited future. Everything we do here supports our fundamental mission of helping you accelerate your career ascent. Our truly unique and powerful platform enables you to acquire knowledge from the top-tier thought leaders and practitioners, to meet and mingle with your peers, and to hear the latest news about the newest technologies from trusted sources.

HMG Strategy is the world’s largest independent global platform for technology leaders, with a growing network of over 400,000 technology executives. Our global, social and digital platform has expanded significantly, and we welcome you to visit the HMG Strategy Resource Center to learn directly from the most innovative leaders of our time.